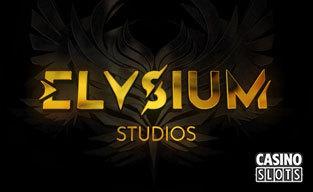 Deciding to celebrate the best time of the year unconventionally, Elysium Studios delighted casino players with a brand-new online slot mechanic, which has never been introduced before. Instead of writing another typical Christmas story with wintery settings and Santa in the lead role, the Swedish software provider invited all fans of spinning adventures to its exclusive lounge for the most glamorous five-star experience.

Launched in December 2022, Elysium VIP is the first game to feature the incendiary dance of wild symbols on Splitting Reels, bringing a waterfall of festive vibes and hearty payouts. A classic casino slot at first glance, it reveals a whole different side, generating massive wins across the extended grid. Without a doubt, our gambling community has long awaited such a great combination of an evergreen fruit-themed 3-stepper and revolutionary reel mechanic.

The miracle happens when in the base game or during respins, wild symbols land on adjacent reels that are two of the initial 3 reels. A new reel is added between them to stay there until the end of the round and help create more wins, which are granted when matching symbols appear anywhere on adjacent reels from left to right. Instead of three humble pay lines that adorn the initial grid, players get the opportunity to benefit from the expanded slot that has more room for whopping prizes.

In addition to that, during the respins, wild icons also stay locked on the screen till the end of each round to replace all other symbols and complete as many winning combinations as possible. 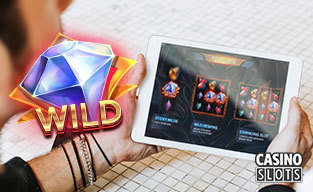 Designed to conjure up the charm of early one-armed bandits, Elysium VIP features lucky red sevens, golden bells, and juicy cherries while low-value symbols are represented by four beautiful gems shaped to resemble card suits. The paytable’s main item, however, comes in the form of a huge sparkling diamond, which is a sticky wild and can substitute for all other icons.

The magnificent diamond is also the most high-paying symbol that delivers an incredible 500x bet when five of a kind make the winning combination. Given the maximum stake of $40, players can strike a truly whopping win of $20,000, of course, it is only possible with the fully extended grid. Anyway, the most precious gem is the one that triggers respins with sticky wilds and serves as the key element for the activation of the advantageous Splitting Reels mechanic.

By the way, this game can suit every style of punter including cautious low-rollers as the betting range starts at just $0.20. Still, it is obviously a better match for those who like the thrills and epic payouts of high-volatility slots providing a hit rate of 13.82%. The game RTP is set at 95.81%. 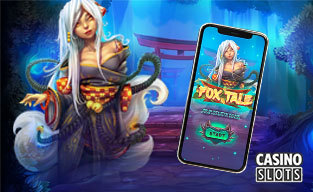 Even though a relative newcomer to the highly competitive iGaming industry, Elysium Studios has managed to secure a strong position in many regulated markets. Naturally, this became possible due to the company’s passion for creating truly unique online slots that stand out from the crowd through superb visuals and original bonus features.

The brand’s portfolio boasts a nice variety of differently themed titles with many of them inspired by rich Asian culture, including action-packed Fox Tale released at the end of last year. Constantly looking for new opportunities to combine innovative features and immersive storylines, the Elysium team always has more novelties waiting in the wings. According to the plan, Law of Gilgamesh and Tipsy Charms are the next games to hit the virtual floors of internet casinos.