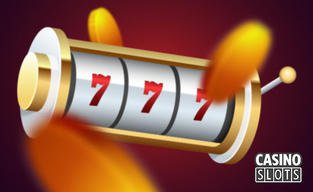 Seen by many as the inevitable future on the casino floor, sleek cabinets equipped with almighty joysticks already do their share in creating an authentic Vegas atmosphere.

While eSports are booming ...

... thousands of glorious venues across the globe think about how to tailor their service to meet the demands of new generations used to flashy arcade-style presentations and superb graphics of games based on pure skill, not a chance.

Seinfeld from Scientific Games, Bet Square developed by video gaming legend Konami, Wrecking Ball from IGT or Safari Match from Synergy Blue – we bet, even if you are not a regular at the brick-and-mortar parties, you’ve heard the names. 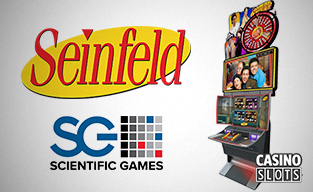 Different in many ways, all four are united by the same idea of blending skill element of popular video releases into our favorite game of chance.

Always at the forefront of implementing state-of-art technologies, the online gambling industry not only does not lag behind its land-based counterpart but in some segments even outpaces it.

It all started several years ago with the introduction of virtual one-armed bandits that instead of usual Pick-a-Prize or Wheel extras were amplified with the so-called skill bonuses. In contrast to all the well-known perks, they relied on a certain amount of target practice or natural aptitude with various (not necessarily deadly) weapons in order to hit smaller or bigger prizes.

Today, the range of such titles available at numerous online casinos is pretty extensive with new installments being added constantly. Empowered by top-tier software providers from all over the world, they differ greatly in terms of themes, mechanic, reels layout, and the way players have to act in order to reach their goal.

For instance, in cheery The Bees designed by Betsoft, you have to use four arrow keys on your computer or laptop keyboard to move vibrant bees around the screen in order to place on the special pendant symbol as many of them as you can – the amount of your prize depends directly on how fast and … right, skillful you are!

... that can also be enjoyed on smartphones and tablets, Rabcat's Castle Builder II and NetEnt’s Aliens are definitely worth to be mentioned.

While the first one is a true treasure hunt that features a series of unlockable levels as you work your way to the big jackpot, the space-age quest created by internationally renowned giant offers a one-of-its-kind bonus round that plays more like a shoot 'em up than a slot.

Something else that deserves your attention?

Yes! We’d say 24™ finely crafted by iSoftbet. Based on the highly acclaimed TV drama, it brings all of the adrenaline-fueled action from the show straight to the reels.

Triggered by landing at least three bonus symbols, the wailing mini-game gives you a chance to disarm the bomb. Each wire you cut decreases the time you have, but each multiplier you win gives you an additional minute

… a couple of words about the title, which represents an entirely different approach to the whole idea of video slots and transplants the excitement of RNG-based gaming into an interactive shooting experience. Instead of the traditional spinning of reels, the unique creation of Betsoft called Max Quest: Wrath of Ra invites punters to take advantage of all sorts of guns and a bunch of social features.