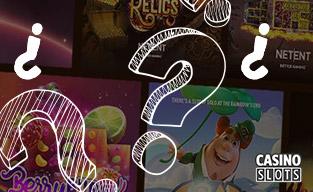 When playing an online slot game, players are introduced to a wide spectrum of features, memorable characters, a captivating soundtrack, and many other entertaining elements. Although this already sounds like pretty much everything that can be packed in a slot game, there’s always room for more.

Looking for new ways to impress consumers, developers decided to play with genres, and as a result- live dealer slots were born. As the name itself indicates, this type of game features elements of both live games and slots, giving players the opportunity to immerse themselves in a completely interactive gaming experience.

What Are Live Slots and How Do They Work?

Live slot games are presented-led game shows, where an online slot is played by an unlimited number of players at the same time. As the reels spin, players are encouraged to take part in the chat, give comments on the game and maintain a vivid atmosphere during the game.

Streamed from a well-equipped studio or a land-based casino live slot games are designed to create a game show feel in a genre that by definition is a single-player type of game. With host and chat incorporated into the gameplay, slot play is brought to life in a totally new way.

If the concept sounds somewhat familiar to you, then you have probably heard of slot streamers. However, that’s completely different, as hosts in live slots are an integral part of the game.

Unlike streamers, who determine the size of the bets/active lines themselves and gamble for real money, hosts are in charge of commenting on the game and spicing up the atmosphere only. They don’t have an impact on bet size or anything. Presenters do not place bets themselves- they just comment the course of the game.

On the other hand, slot streamers play an online slot for real money during a live broadcast. As their popularity grows, they enter partnerships with online casinos, which fund their play so as to have their brand advertised to the audience.

Who Are the Pioneers of Live Slots Development?

In December 2019, Playtech went live with the Buffalo Blitz, a brand new cross-vertical concept aimed to revolutionize multiplayer games. All participating consumers play a single game together. The game is streamed from a live studio and has a host who gives comments as the reels spin.

Buffalo Blitz is equipped with wilds and a bonus round which is initiated when three free game symbols appear on the reels. Being a volatile game, it produces rare but decent wins. Throughout the entire playing session, a host gives comments, sharing both joy and disappointment, depending on the outcome of the rounds.

Another one is called Age of the Gods: God of Storms, another live slot relying on the innovative concept designed to ensure collective experience. Just like with buffalo-themed game, live dealers communicate with players, and comment on the outcome of the spins, taking gameplay on a completely new level.

Playtech aside, the only developer who ventured into live slots is Evolution, with its Mermaid’s Fortune slot, where the studio is decorated like a Caribbean beach with a dealer dressed as a mermaid. Triton appears as stacked wilds while a golden mermaid is in charge of activating a bonus feature that grants players 50 pearls.

In addition to this, the studio’s portfolio accommodates Gonzo’s Treasure Hunt™ an adventurous-game that merges live and slots-style gameplay. Inspired by the legendary Gonzo’s Quest slot by NetEnt, this game is the first with the option to play in VR (Virtual Reality) mode.

First of all, let us summarize the key characteristics of each of these two genres before discussing the advantages and disadvantages.

To play an online slot a player simply clicks on the “Spin” or “Play” button, and the machine is activated. The reels then spin for a while, eventually delivering a completely random outcome, which can be either a dead spin or a winning one.

This is classified as solo gameplay as the only participant is the player spinning the reels of that particular game. Even if multiple persons are playing the same game at the same time, at different online casinos, for example, they still don’t compete against each other.

When it comes to live slots a player selects the betting options, and the reels spin automatically as well, but there’s one interesting difference. A dealer can also press a large button and spin the reels if requested in the chat. So, basically, the game is played on a digital device (PC, laptop, smartphone, tablet), but a player gets to interact with a live dealer throughout the entire game via chat.

Comparing these two, we could say that online slots are a good choice for players who like to play on their own. Some people simply don’t like being distracted by a person giving comments on the gameplay or those actively participating in the chat. Such players prefer online slots.

On the other hand, those who miss the “human” element in online casino games are the types of gamblers who find live slots interesting. Participants get to share both their thrills and disappointment with others, including the host.

Are Live Slots the Next Big Thing in the iGaming Sector?

While the concept itself sounds amazing and authentic, players don’t seem to be thrilled about it. Playtech’s Buffalo Blitz and Evolution’s Mermaid’s Fortune did capture the attention of those looking for innovative genres, as they managed to add a truly unique spin to an old classic. However, based on how things stand at this time, they don’t seem like a genre that is here to stay.

Well, the explanation is quite simple. While the “live” element does seem fitting in traditional table games, such as Blackjack, Baccarat, or Roulette, slots have always been a form of solitary play.

You see, nowadays, developers have all kinds of modern technologies and solutions at their disposal. Ingredients such as cinematic elements, powerful soundtracks, mighty features, and extraordinary mechanics, altogether with a story that follows the gameplay, transformed slots into something much more than just a casino game.

Observed from a financial point of view this genre is not bound to bring plenty of profits to the developers unless they set bigger bets and offer lower RTP to make up for dealers’ salaries and studio setups. That could easily push off players who prefer slots with higher odds as well as low-rollers.

All in all, live dealer slots seem like a fun novelty worth exploring, but it’s far away from being a revolutionary genre that will become as widespread as online slots did.