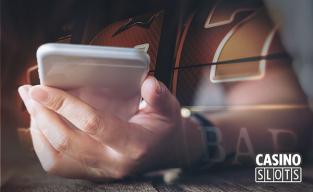 The gambling industry has always been among the pioneers of new technologies. Not so long ago, the slot machines were inseparable from the floors of the brick-and-mortar playing houses, but the fast development of the internet in the past decades changed the status quo.

… opened the way to a whole new world for punters literally in every corner of the globe. From that point on, huge directories of various games were simply available at home, at any time of the day or night.

However, very soon, the comfort of a cozy chair was suddenly out of fashion and the word mobile became the latest axiom that thrives and adds a new dimension to the overall concept.

From Pub Fruity To Whopping Jackpots

While the rise of online casinos can be traced back to the 1990s, playing slots on mobile phones became a reality in 2004, actually, as a result of the introduction of the first mobiles able to run Java two years earlier.

Released by IOMO and Vodaphone, unpretentious Pub Fruity was a slot title in the range of the Pub Games series that also included darts, pool, and arcade.

Although it was onto a winner …

… with its 3x3 grid, traditional symbols, and numerous mini-games, this juicy adventure was still pay-per-purchase. In other words, real money was not involved and all winnings came in the shape of virtual prizes instead of cash.

Around that time, two industry giants, Microgaming and Playtech launched their first mobile casino platforms, which, of course, have undergone significant transformations since their early days.

By the way, maybe not so striking and in some ways even “archaic” from a modern point of view, the first “true” mobile slots were absolutely capable of bringing a lot of fun and cash. Namely, in March 2005, one lucky punter hit a whopping progressive jackpot of $163,114 on Slotland’s Lucky Stars.

Well, J2ME (Java computing platform for mobile devices) was far from being the most convenient language to program, since there were no uniform standards in the industry and different phones ran different types of J2ME.

Adobe Flash was the next step …

… taken by the game developers to create superb multimedia content. But, despite its numerous advantages including the great capacity to display a crisp image, this format showed several serious weaknesses in terms of compatibility with mobile devices: it needs a plug-in for playing, can quickly discharge the battery, and it’s hard to use with touch-screens.

In addition to that, it’s not supported by Apple that means Flash games cannot be played on iPhone and iPad.

HTML5 For Ultimate Fun On The Go 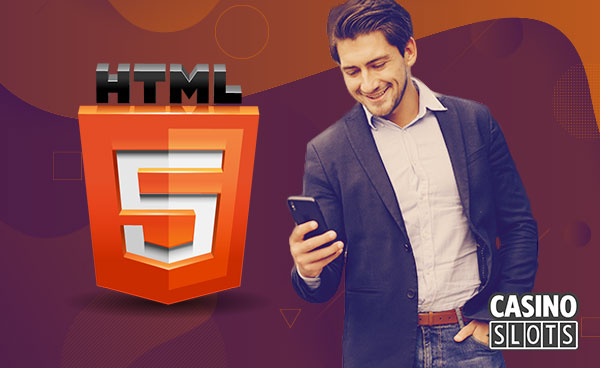 Even though games using Flash can be still played in many online casinos, all latest installments are made in the fifth version of HyperText Markup Language, which allows creating cutting-edge video slots stable in any known browser.

Easy to use and less expensive than Flash when it comes to the process of production, HTML5 is a perfect match for mobile casinos due to its incredible flexibility and ability to perform with equal quality on all smartphones and tablets.

How the leading game providers adjust to the needs of modern players?

With mobile as the buzzword in mind, they strive to deliver an amazing Full HD experience on any device and any screen. Enhanced with sophisticated software, many new releases offer special battery saving features and a light mode to outsmart slow internet connection.

With the expansion of cross-platform gaming, more casinos opted to focus entirely on the mobile market leaving behind the desktop element. Well, taking into consideration current trends like Smart Watches, it can turn out to be a wise decision.