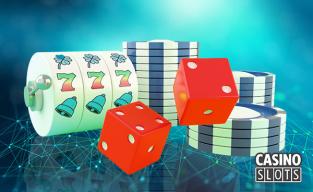 Slot machines have gone through the wondrous metamorphosis since their invention at the end of the 19th century.

Fascinating in many ways, Fey’s Liberty Bell or even Bally’s electrically operated Money Honey don’t have much in common with modern top-notch appliances that cover luxurious carpets of exclusive playing houses on the Las Vegas Strip or other places on Earth.

It’s far from being a secret, that more than a million of one-armed bandits worldwide generate almost 70 percent of total casino income nowadays: do we really need another proof of the huge popularity of beloved fruity fun?

Megabucks Is Still A Hit

Hit the floor in 1982 and soon empowered by a state-wide progressive system, IGT’s Megabucks continues to spark off a frenzy every time its growing jackpot reaches astronomical amounts. Well, this one-dollar-coin machine has given quite a few tickets for …

… high, wide and fancy lifestyle in its not so long history.

Being part of the MegaJackpot slot system, startling Megabucks requires just three coins or $3 to strike the potential top prize generated by 750 machines in nearly 150 casinos in Nevada. A pretty fair deal, isn’t it? 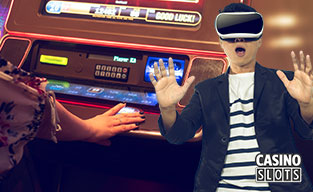 Remaining the most significant segment of the gambling market, slot machines, as we know them today, represent …

… a quintessence of easy-to-play yet extremely amusing entertainment. Jam-packed with special symbols and various extras, they stun punters with an incredible number of ways to win and unusual sets of reels.

By the way, the first game to offer a second screen bonus feature was Reel ‘Em In created by WMS in 1996. Later this company also introduced the Colossal Reels on some of its titles including striking Spartacus – Gladiator of Rome.

What comes to the legendary IGT, in 2005 they released iconic Cleopatra …

…15 free spins with a 3x multiplier made it a runaway success.

Although it was a quite unpretentious game (at least in the present-day sense), this five-reel and twenty-pay line edition briefly become a favorite among the gambling community. Who knows, maybe the fact that amazing Cleo was also the first slot some of them have ever played, also did add to the overall craze. 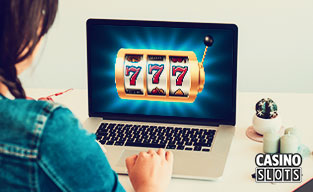 Needless to say, the fast development of the internet caused dramatic changes in the entire gaming industry and resulted in the establishment of a totally new branch – online gambling. According to statistics, today it globally generates over $50 billion and expected to grow to $95 billion by 2024.

Speaking of the gambling industry as a whole, only in the U.S. it contributes to the economy …

It’s hard to overestimate all advantageous the online world of slots delivers to the players. Superb 3D graphics and great soundtracks conjure up thrilling stories, which often can rival million-budget blockbusters made for the big screens.

With hundreds of software providers and thousands of various slots, today’s casinos continue the phenomenal endeavor started more than a century ago by true enthusiasts. All groundbreaking technologies and fresh ideas serve the only purpose – bring a lot of fun.