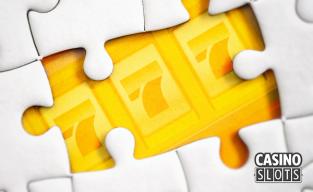 I will be playing in a slot tournament in the near future at my favorite casino. I've never played in one of these before and I am looking for some general advice. The top 60 positions pay, but the prize money is heavily concentrated in the top four positions. It’s a comped entry with no actual money paid to enter. I'm not sure of the specific format. Advice is appreciated.

Rockky176: You must have fast fingers to do well; the more spins, the higher your chances of generating more jackpots/points. Do not get distracted by anything. Do not look at your or anyone else’s score. Just keep tapping your finger. Practice the best body position beforehand; one that does not make you fatigued. Standing up might work better for some people.

Pig Barber: Usually slot tournaments are comped, and timed -- players just monkey-punch the button as fast as they can for ten or fifteen minutes, whatever the time set by the casino. The time is kept automatically, turning the machines on and off.

I don’t like slot tournaments but occasionally play for the comp value. Once I was pleasantly surprised by a "video poker tournament" that involved some skill -- it was the same format as a slot tournament (ten minutes of unlimited play) but was on an actual video poker game where you make hold decisions.

EmeraldCityBJ: Make sure the EV (expected value) is there before committing your time to it. The first thing to do is to figure out how long the tournament will take. When is the first preliminary round? When is the final round? Can you do anything productive in the downtime between rounds? Be sure to account for time spent waiting in line, or going through whatever other administrative nonsense the casino decides to do as part of running the tournament. Casinos are notoriously disorganized in the way they run these events.

Next, figure out your EV based on the prize pool and the likely number of participants. Take these two numbers to figure out your hourly EV and decide whether or not this is the best use of your time. If you play, as others have suggested, get in as many spins as possible while playing.

You can get an edge at slot tournaments… if you have fast fingers. Particularly good are slot tournaments in which you play for a set period of time with your score being the number of credits you rack up, and no cost being assigned for the number of times you push the button to win those credits. In those tournaments, the way to get an edge is to play fast. The faster you can play, the bigger your edge. (If possible,) play in other than the first session of the tournament so you can watch the early birds and learn how to get the most plays in the allotted time. The machine will not make a mistake, so there is no reason to verify your payoff before playing the next hand. If your neighbor gets a big winner, do not slow down; keep your fingers moving.

That’s about all there is to it.