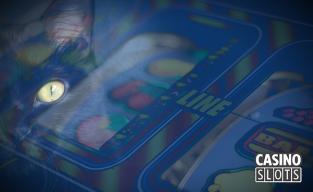 Since the first video slot hit the floor of the luxurious Las Vegas Hilton hotel in 1978, virtual reels have evolved into the most important branch of the global gambling industry.

Thanks to the latest technologies and fast development of the internet, what we are witnessing today is the lightning-speed growth of online casino sector that offers thousands of titles for literally every style of a player.

Quite surprisingly, in our space-age time …

… many punters are still skeptical about the abilities of sophisticated computers and complex software to control the entire process. Rather than trusting complicated algorithms, they prefer to be deceived by numerous superstitions – below are the most common online slot misconceptions. 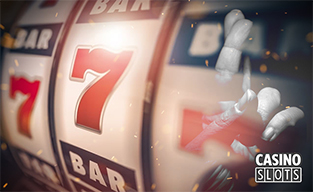 Hitting the MaxBet button in order to interrupt the unsuccessful sequence of spins or increase chances of winning is a widespread “tactic” used by a number of slot fans.

In reality, everything is quite simple:

convenience is the only reason this button appeared on the interface. Setting the bets manually could be time-consuming in the case of some multi-lined releases with a wide range of stakes, so hitting one button instead of performing a series of steps seems to be a pretty obvious advantage.

Autoplay Mode Affects The Outcome Of The Game

Another option introduced with the same purpose as mentioned earlier Maxbet button. Latest releases are enhanced with advanced Autoplay modes that allow setting a certain number of spins under various conditions, e.g. gamblers can determine the moment it stops by adjusting the loss and win limits.

… auto spins are faster and therefore, much appreciated by experienced punters. Anyway, using this option cannot influence the fallout of the game. If you play at the licensed online casino, you don’t need to worry about “rigged” autoplay – such manipulations could be seen only at rogue houses we don’t keep on the list.

The Results Of Bonus Games Are Preset 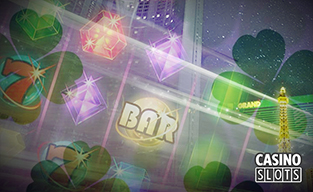 The majority of video slots on the market is jam-packed with extra features and various second-screen mini-games. Some players think that their choice of hidden bonuses is totally unimportant since the order and result of events are predetermined by the program.

It’s not true since the almighty RNG of the slot takes into consideration the entire screen of bonus amounts once the feature is triggered. So, the player’s selection does matter – in the end, he/she is the one to pick the higher or lower prize.

If you are also one of those who think game studios or casinos try to attract more players by making the new releases “looser”, then we have to disappoint you – none of them actually promote their products this way.

When it comes to the winning potential of a certain installment, it depends on its volatility (low-volatile slots pay more often but smaller amounts while high-volatile games pay less frequently but the prizes are higher) and RTP (return to player percentage).

Of course, it’s far from being the full listing of delusions flooded the area of online video slots. For instance, plenty of myths surround the progressive jackpots – a perfect topic for another special article.