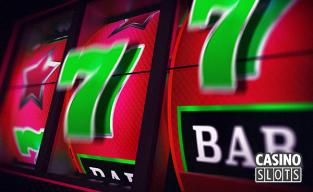 Remaining the most significant sector of the gambling industry in the USA and across the world, slot machines generate not only impressive casino revenues but also plentiful myths …

… that have nothing in common with real life. Don’t be misled by these numerous superstitions as none of them are true: floor managers don’t manipulate with the positioning of slots and payout rates don’t depend on the time of day or week.

One-armed bandits are games of pure chance, controlled exclusively by special programs called RNG. But it looks like not all punters have confidence in the cutting-edge computer technologies. Here are myths, which are still way past popular among the visitors of brick and mortar casinos. 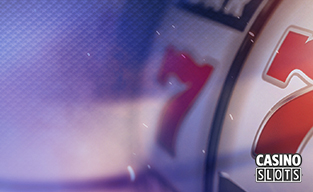 Being one of the most bizarre, this misconception, nevertheless, is surprisingly widespread. Some people believe that the temperature of the coins can increase chances of winning hits. As for the proper degree, the opinions are divided between hot and cold options.

What to say? Although we live in the times of incredibly fast technical progress and yes, modern slot machines are truly state-of-the-art masterpieces, they still are not equipped with the software to detect the temperature of the coins used by the player.

For the sake of objectivity, it’s worth mentioning that our enjoyment for uncomplicated fun lacks such an importance in the eyes of some punters and it's not because of developers’ incompetence. The reason is quite banal – this factor is absolutely inessential in the whole story.

Casino Staff Knows It All

“Which machine is the one that’s going to hit?” Oh, if only casino employees had a dollar every time patrons said that! All of them would be rich and for sure, they wouldn’t be working there anymore!

Have you ever thought of this in such a way?

So, if you’re one of those who used to tip slot personnel in order to get “instructions”, think twice before spending more money than you otherwise would just because you believe that this particular machine is “due” to hit.

Naturally, when some progressive jackpot (we’ve seen it many times in Megabucks, for instance) comes to astronomical numbers, people start to play more and …

… boost the probability of striking a life-changing win.

Still, it absolutely doesn’t mean that the long-awaited top prize is going to materialize today, tomorrow and certainly, there is no guarantee it will happen to you.

Your Jackpot Can Be Stolen By Other Players 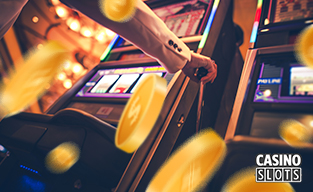 Well, loosing is unpleasant, but it’s even harder to accept the fact that someone hit the big win on “your” machine just after you left the seat. “I’ve done all the job and he (or she) is celebrating! How unfair!”

As a slot player, you’ve probably been a witness of similar scenes on the floor. One punter spins the reels for hours and the moment he quits, another lucky dude takes his place and …

… strike so much sought-after prize.

Perhaps it looks so at first glance, but in reality “stealing” doesn’t exist. One more time: everything is controlled by the slot’s RNG, which is the only one to determine who and when is going to win.

My Loyalty Card Is A Privilege (Or Not)

Maybe not so ubiquitous as the previous three, this innocent delusion puts broad smiles on the faces of active whales. Indeed, using your card or playing with loyalty points cannot affect the outcome of the game in any way.

Though it’s nice to think that the house values your allegiance, in the real world the card reader doesn’t send any information to the slot computer’s game chip, it only evidences your play in order to reward you as a member.

Never forget that with slot machines it doesn’t matter in what casino you play or what particular software you prefer – at the end of the day, it all comes down to luck.