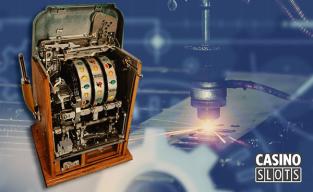 Our preceding article was dedicated to the earliest days of slot machines and Charles Fey recognized all over the world as the father of the one-armed bandit in its current significance. We hope you enjoyed …

… the fascinating metamorphosis of primitive coin-operated appliances and amazing breakthrough of the Liberty Bell. Made in 1899, it was the first one to introduce horseshoes and bells (hence the name!) with more than 100 pieces produced in seven years.

“Fey has never got a patent”

The devastating earthquake that struck San Francisco in April 1906 and left only four Liberty Bells undamaged, was, in fact, a big turnover for the enterprise – it meant the slow extinguishing of Fey and rising of the other bright star which marked a new phase in the development of gambling industry.

Known as the person who copied Fey’s Liberty Bell, Herbert Stephen Mills was far more than just an ordinary “idea-stealer”.

In 1898 he took over his father’s company, which a year earlier launched its first coin-operated gambling machine - the Mills Owl. This wooden, classy decorated cabinet featured a spinning disk with golden owls proved to be a huge success, so newly established The Mills Novelty made the owl its trademark.

In 1905 the company got a patent for Violano Virtuoso, a wondrous music player created by Henry Sandell. Also coin-operated, it was designated by the U.S. Government as one of the “Eight Greatest Inventions” of the Decade.

Here comes the most interesting part...

They say, in 1906 Mills simply stole a three-reel slot apparatus from a bar in San Francisco. Of course, it was the Liberty Bell built by Charles Fey, which go-ahead Mills brought to Chicago and took apart without hesitation!

He obviously liked what he saw...

...because just a year later he presented the Mills Liberty Bell – yes, a nice copy of the original.

For some reason, Fey has never thought of acquiring patents for his machines or their parts. Perhaps, lack of the US Government’s interest in the gambling industry at that time helped pirated slots, which did become a problem.

But maybe life is not so unfair? According to some sources, Fey has snatched an idea of his co-worker Gustav Schultze and only imitated his machine. 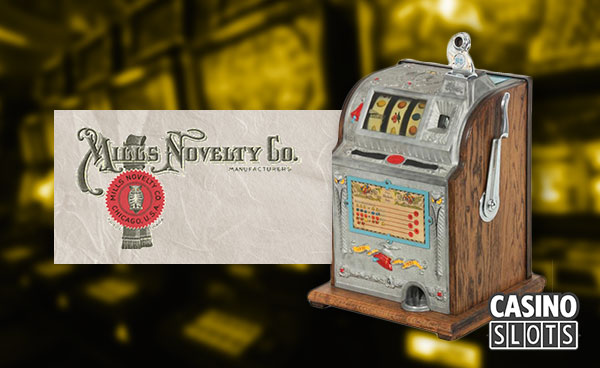 Talented businessman and innovator in every sense of this word, Herbert S. Mills led his firm to tremendous progress: in the 20s it dominated the market and conquered Europe. This period meant a lot to the development of the gambling industry and slots as products.

The introduction of the fruit and BAR symbols, as well as the invention of the Jackpot,  were way past crucial moments in the whole story. By the way, the idea that certain combinations can make all coins to come out of the machine and award a top-prize also belongs to the Mill’s team!

Managed by smart and ambitious people, The Mills Novelty ruled the industry over the next few decades and welcomed the re-legalization of gambling in Nevada in 1931 as the absolute leader.