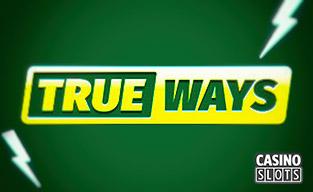 In October 2022, the exciting world of online casino slots became one innovative reel mechanic richer, following the introduction of TRUEWAYS. A brainchild of BGaming, a Malta-headquartered developer of provably fair games previously known as SoftSwiss, this state-of-the-art engine was a driving force of the latest story about the universally beloved amphibian reincarnation of legendary Elvis.

Elvis Frog TRUEWAYS, the third title in the series and the first ever to feature this mechanic, made quite a splash among the gambling community. On the surface, the brand-new tech looked pretty much like the now iconic Megaways™, leaving players a bit confused about its origin and eventual connection with the BTG’s mega-popular hit.

Let’s delve deeper into what this feature is all about and how it works.

At the core, TRUEWAYS is very similar to Big Time Gaming’s most famous invention as both use a 6-reel grid to generate a huge number of winning combinations at a single spin.

The only difference between the two mechanics is the maximum number of symbols that each reel can contain. Online slots based on the standard Megaways concept can have between 2 and 7 icons on each reel, creating up to 117,649 ways (7x7x7x7x7x7) with all reels reaching the maximum height. In their turn, games powered by TRUEWAYS can have between 2 and 8 symbols on each reel, which lets them produce up to 262,144 winning ways (8x8x8x8x8x8).

It’s worth mentioning that neither 117,649 nor 262,144 is the final limit of lucky sequences since adding an extra reel (for instance, during the bonus feature) will significantly increase the number of symbols multiplied across the grid and, as a result, the number of possible winning combinations. Certain Megaways casino slots, including IGT’s Wheel of Fortune and Spartacus from WMS, can reach 1,000,000 ways while 1 Million Megaways BC designed by Iron Dog Studio builds up to 1,058,841 combos.

After a small “lyrical digression”, let’s focus on TRUEWAYS and see how this innovative mechanic works. As already mentioned, it uses a 6-reel grid, each of the reels can contain between 2 and 8 symbols, giving 262,144 possible winning ways in total. Wins are formed for combinations of adjacent matching icons of any size from left to right. Once hit, the triumphant sequence becomes animated and the prize amount is displayed in the Total Win field while cheerful music helps celebrate the win.

What Online Slots Have This Mechanic? 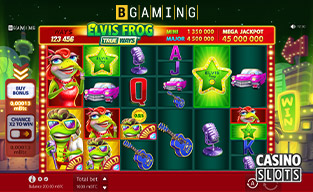 The first and so far the only title enhanced with TRUEWAYS is the third sequel in the Elvis Frog series, however, all chances are more casino slots with this mechanic will not be long in coming. The logic is simple: a couple of weeks before its general release, Elvis Frog TRUEWAYS first went live exclusively at BitStarz and immediately became one of the players’ favorites.

Needless to say, the game continues to be a show-stopping performer, with more and more punters falling in love with the incredibly charismatic doppelganger of legendary Elvis, all the more so, now it can give them an incredible 262,144 ways to win. In addition to that, this online slot boasts an impressive package of extra features that range from scatters and wild multipliers to free spins, respins, and Jackpots.

The Lightning feature is another highlight of this action-packed game, hence deserves special attention. It can be triggered only during the Coin Respin Bonus when special lightning symbols may land on the reels in big-, middle-, and small-sized units. When dropped, the original units will divide into two smaller ones to form empty positions ready to welcome new symbols at the beginning of the next spin. As a result, the bonus lasts longer, providing extra opportunities to complete winning combinations.

12, 15, or 20 free spins are activated by hitting 4, 5, or 6 scattered Elvis Frog stars anywhere on the screen. The great news is that rounds on the house can be re-triggered by landing between three and six scatter icons. During the feature, every wild has a multiplier of up to 5x and the multipliers are summarized to deliver truly whopping prizes.

As for Mini, Major, or Mega Jackpot, they can be won during the Coin Respin bonus when corresponding coins appear on the reels. To grab the Mega prize, all 48 positions have to be filled with coins. This engaging casino slot also contains a Buy Bonus option, providing players with instant access to either free spins or the Coin Respin feature for 100x current bet. Plus, they can also decide to activate the Chance x2 feature that costs only 1x current stake and increases chances to trigger one of the two aforementioned bonuses.

Time will tell if this reel mechanic can shake the global popularity of Megaways, however, already today it is clear that TRUEWAYS’ debut was a great success. Meanwhile, hurry up to give the latest Elvis Frog version a spin, all the more so, apart from 262,144 ways to win and a host of bonus features, it also offers an attractive RTP of 96.79%.