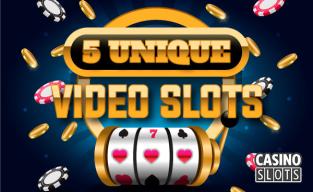 Although surrounded by a myriad of different games, the majority of players are reluctant to spend time browsing endless directories of online casinos in an attempt to widen the circle of their favorites.

Indeed, keeping an eye on every freshly released title can be completely overwhelming. Frankly speaking, we often are too quick to give up and simply return to familiar stuff.

This is not to say, we should turn away from our long-standing companions and trade them for a bunch of newcomers just as a tribute paid for the latest trends.

… keep reading as we’re about to cast light on some truly unusual slots you might have missed out on before!

The first game of the Montreal-based company made on Leander platform, it pokes out of the crowd thanks to its unique theme and state-of-the-art performance. Inspired by the fascinating world of Lucha Libre, it tells us a story of young Gustavo who dreams of becoming a champion.

However, at 4 ft. tall and 80 pounds heavy, his chances to succeed in the Mexican professional wrestling don’t look really great. At least, at first glance …

… just for the uproarious (and masterfully crafted) theme along, this medium-volatile rick-tickling contest has plenty to spin for.

While in the base game it features a standard 5x3 grid and 20 fixed pay lines, during free spins a new four-reel arena comes into play and deliver incredible 81 ways to win! 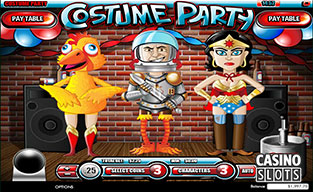 If you think, 3-steppers are boring, predictable, and uniform …

…  then taking part in this extraordinary fashion show will make you change your mind! Not only all three reels of this extravaganza spin sidewise, but they are also in charge of dressing up eight peculiar characters.

Prizes come as a result of proper matching of the head, body, and legs – well, some combinations also cause broad smiles, just like hairy chests of wild gorillas.

Another one-of-its-kind mix, this time of horror and black comedy. Spiced up with 243 ways to win and a bunch of spine-chilling details, this Spi(Phe)nominal thriller is the most cunning idea of the eternal love you’ve ever heard and seen.

Besides free spins with generous multipliers, players can relish a way past engaging Bonus game. In order to obtain wailing rewards, they have to revive as many parts of the mad scientist's red-haired girlfriend as possible by spinning a special wheel. 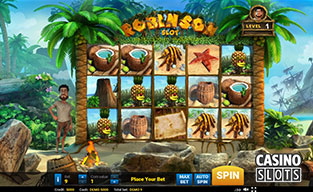 Certainly not the first installment based on the worldwide famous Daniel Defoe's novel, but the only one to present unique Progressive Levels that deliver extra pay lines and additional perks.

Moving to the next level depends on the placed bets, and if level 2 gives you just three extra lines (you play on 12 pay lines instead of regular 9), at level 7, which is the highest one, you can strike your winning combos across 18 lines and get three scatters to surprise you with 10 extra free spins.

Another highlight of this release is a never-fail-to-win bonus game that comes at the end of free spins in the shape of multipliers and more treats on the house. And yes, Robinson’s groovy dance does add to the whole plot!

Making a comeback, the classic fruity idea is introduced on a unique set of five reels, each has a certain number of rows. Supported by up to 1024 ways to win, millions of floating squares move in your direction and suddenly disappear from the screen.

Featuring 192 lucky paths at the beginning, this futuristic story boasts magical ability of the reels to increase their number of rows. By the way, there is something more to blow your mind – the maximum bet reaches a tremendous $5000!