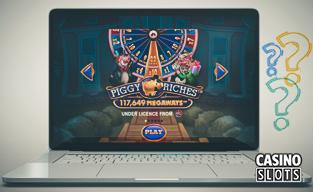 At the end of last year, Red Tiger’s Piggy Riches Megaways™ was named the most popular online slot for the year 2020, being a firm favorite of players across the globe, from the UK to Japan. Hitting the virtual floors of web-based casinos in January, this game was warmly welcomed by an international gambling community and immediately started its rocket ride to the top.

It’s no secret, nowadays punters are spoiled for choice when it comes to the massiveness and diversity of the slot offering. New spinning adventures show up on the iGaming scene on a daily basis but the majority of them just come and go never making it even to the top 100. Wonder, what is so special about this particular Megaways™ story that has managed to win the hearts of so many pokies buffs in no time? Read on to find out the answer!

Filthy rich Lady Pig and Gentleman Pig became popular long before they moved into the glamorous 6x7 property, able to generate staggering 177, 649 ways to win. Piggy Riches, a 5-reel and 15-line predecessor of the Megaways™ version, was launched in 2010 by NetEnt and had been in high demand across online casinos all until the appearance of the revamped edition ten years later.

Even though the original has a lot to offer in terms of winning potential and extra features, it had to give way to the successor with its even more luxurious theme and exciting gameplay. The first title created by Red Tiger after the company was acquired by NetEnt, it is seen by many as a game every player can hope for in an online slot. Well, without further ado, let’s try to solve the riddle of this engaging story about the high-off-the-hog life where mud-rolling is a no-no! 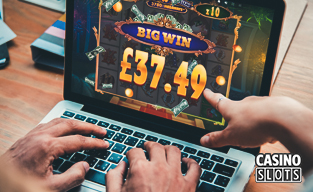 First of all, Piggy Riches Megaways™ is a high volatility slot, which, moreover, also has a high hit rate – a sought-after combination for the great bulk of players. High-variance games are designed to deliver although less frequent yet truly impressive prizes but as you’ve probably already guessed, the high hit rate makes payouts not that infrequent. Add a maximum win of 10,475x and you get nothing but huge winning potential.

Affordability is another reason why this immersive casino slot is so popular. You can start spinning the reels at just $0.20 per round while the maximum bet is capped at $20. This range of stakes can serve well for every style of a gambler, from cautious newbies to flamboyant active whales, all the more so, one of the ten regular symbols pays even when two-of-a-kind appear on the reels.

Let’s face it, modern one-armed bandits are all about bonus features packed with excitement of big wins. This sophisticated world of riches lets punters take advantage of Mega Wilds that cover an entire reel and have a ways multiplier of up to 7x. During any spin, up to 3 Mega Wilds can appear on the screen substituting for all regular icons and resulting in epic prizes boosted by combined multipliers.

Needless to say, bunches of free spins are also part of the plot. Lady Pig is a scatter and when three ladies show up anywhere on the reels, the feature is triggered, offering players to spin a colorful wheel to win up to 22 treats on the house with a starting multiplier of up to 10x! Each winning spin increases the multiplier by 1x to make the next triumph even sweeter while the appearance of Lady Pig awards one additional free spin.

It’s safe to say, Piggy Riches Megaways™ was destined to become a hot ticket online slot. Apart from a hilarious theme and engaging gameplay, it offers huge winning potential nicely packed into fast-paced bonus features. In addition to that, this game is a great performer across all mobile devices, which means you can play it virtually anywhere and anytime.