Headquartered in Atlanta, Georgia with offices in the United Kingdom and the Philippines, Blueprint Gaming is a firm that has built a reputation for developing high quality land and online casino games in regulated markets. The firm is owned by the Gauselmann Group in Germany, but maintains its autonomy while utilizing distribution channels that allow Blueprint to offer its titles to any gaming platform in the world.

With its operations focused both on land and online casinos, there are many slot titles that Blueprint Gaming offers. Being the beneficiary of several licensing deals, Blueprint Gaming offers slots that feature big name properties including: Happy Days, Bejeweled, Zuma, Worms, Peggle, Bruce Lee, and more. These games all have common elements in that they are all 5 reel and include card symbols (9, 10, J, Q, K, A).

It should be noted that Blueprint Gaming's titles are also available in pubs and arcades in the United Kingdom, which mix in some of Blueprint's slots along with instant win games such as Roulette and Video Poker.

Blueprint Gaming has begun translating its hit branded slots over to mobile devices, with 13 games currently available for play on Android and iOS devices. Games that have been ported over include: Casper, Bejeweled, Bruce Lee, Winstar, Happy Days, and others.

In addition to slots, Blueprint Gaming has put out skill based and the previously mentioned pub games. The instant win titles aren't nearly as deep as the firm's slots, but still offers a fast and entertaining way to test your luck. Blueprint's video poker offering is a fully fledged game though, with players going up against a 3D opponent while trying to accumulate the best hand possible.

In terms of security and fairness, Blueprint Gaming goes above and beyond to prove that its games are fair to all parties involved. Holding gaming licenses through the United Kingdom and Alderney, Blueprint Gaming does answer to regulating bodies in the case of a dispute. Furthermore, because it offers its services to several large casinos, those spots themselves have their games tested by outside agencies, ensuring that all of Blueprint's games are both safe and fair.

Blueprint Gaming is a gaming software designer that has a worldwide presence and provides its slot and instant win titles to land based and online casinos in several different countries. The firm holds several key licenses for titles which are included in its gaming library and are being translated to a growing mobile slot library. Blueprint also holds licenses in two major online gaming markets, and has its software regularly scrutinized to ensure that their games are fair and secure for punters to test their luck on. 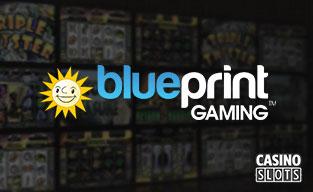 Four classic slot machines from Real Time Gaming are being converted to online markets by Blueprint Gaming. They will be made available to online... 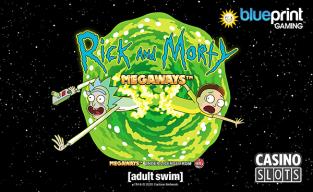 As fans of Rick and Morty await a new series, they can pass the time playing the brand-new Rick and Morty Megaways online slot machine from Blueprint... 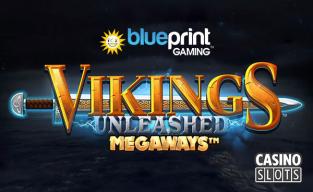 Vikings Unleashed Megaways is an exciting new slot from Blueprint Gaming that sees hordes of cartoon Vikings over six reels and up to 117,649 ways to...