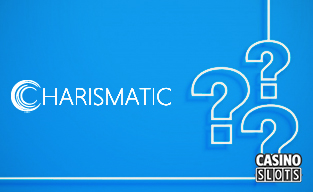 official website. What is known is that, unlike Betsolutions, this sub-company is primarily focused on video slot releases and its cutting-edge technology.

The creative video slot titles, results in a plethora of thematically different products that are well-balanced, as well as visually stunning has a promising future. Another thing that makes Charismatic Games’ video slots what they are is a generally high RTP.

There is also no information regarding the license under which this iGaming software developer works and creates their titles, however the main company Betsolutions makes titles that are available all over the world. 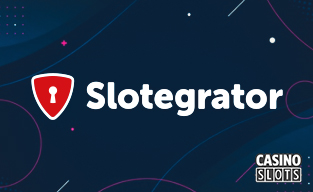 One of this company’s commercial partners is Slotegrator, a provider for any software

developers such as Thunderkick, Microgaming, and Amatic Studios.

As such, Charismatic Games’ titles are certainly worth the shot. Because, what this means for this relatively young and niche company is that it surely promises a lot, since Slotregator has been around when it comes to the online gambling industry, since 2012, providing their technological solutions.

With this in mind, as well as the fact the parent company has already proven itself as a quality software developer, Charismatic Games should also prove to be a great choice when deciding to try out the titles from the newer studios. Already available in many online casinos and can be only expected to grow, as their titles have everything a modern video slot release should have, from the mobile support to the beautiful and well-designed graphics and animations.

Is Charismatic Games The Future Software Of Online Casino Slots?

Well, it might be too early to say at this point, as, being established in 2018, it hasn’t been around long enough to come to any such conclusion with utmost confidence.

However, the fact that it is a branch on the tree of well-respected developer certainly goes in its favor.Additionally, being focused only on video slot releases is another thing that should go in this iGaming software provider’s favor. Their titles such as Legend Of Maasai, The Mystery Of Faberge, and Captain Of Pirates are all well-designed, engaging, and captivating video slot releases, made in HTML5, hence being fully mobile responsive, and supporting a plethora of different languages and currencies.

Based on a classic 5x3 grid layout, the majority of their titles come with extra spins and bonus games, incorporating many ever-welcome features such as expanding Wilds and sticky Wilds. All of this is made better by a remarkably high return-to-player that is present in all of their products.

What Does This Mean to The Players?

Although the lack of clear information regarding the license might put off some potential players, it shouldn’t be the case, as its parent company Betsolutions holds many licenses and has been proven to create safe and well-made products. If this isn’t enough to get your trust, the partnership with Slotregator should prove that Charismatic Games isn’t just the company that proudly presents beautiful and modern video slots, but also one that promises to improve itself even more in the years to come.