The iGaming industry is the busiest one in the world, as there’s not a single day without a plethora of important partnerships, regulations, games, etc. being launched. Having that said, it’s more than obvious that standing among the crowd is among the most challenging tasks each brand has.

However, smaller studios have found a sort of secret formula to help them gain more visibility. In order to become as widely spread as possible, they team up with bigger brands, such as the case with Crazy Tooth Studio and their prolific agreement with “Gods of the industry”, Microgaming.

Founded in 2011, the brand represents a full-service game development studio. Going gradually from inspiration to installation, they make sure every single step is done carefully and highly-professionally. The team points out unique, innovative game concepts as the company’s greatest highlight and a product of their relentless hard work.

Though still relatively young in the industry, the studio strives hard to offer supreme experience. This is best reflected in their own motto “Quality Always Wins”, which they implement in every single aspect of their content.

In February 2019 the team entered a long-term supplier alignment with the most reputable brand in the industry, Microgaming. The deal was officially live upon the launch of Arctic Valor, the six-reel slot with 4,096 winning ways developed exclusively for Microgaming platform.

Taking semi-divine female figures from Norse mythology, and situating it into the land of ice and snow, they take players to a memorable adventure. Adding more chill and frost, they implemented Falling Icicle as the most actionable feature to maintain the high level of dynamism inside the game.

Crazy Tooth’s president Ben Hoffman believes that partnership with such a renowned and highly-positioned brand will help them diversify their capabilities and distribute their innovative content to new followers. The other side also sees the game as an excellent addition to their already impressive library.

At the time of writing this review, upon visiting the developer’s official page we can say that this is not the hugest selection of games one may encounter. However, one can clearly see that there are several announced releases to go live in the upcoming period, which implies the expansion of their portfolio.

Judging by the featured content, one can see that there is a great dose of creativity in their titles, as each of them deals with a different topic. Though diverse in themes what they all have in common is quite eye-catching design and graphics, as well as a variety of features implemented inside every single release.

This is more than enough to show that they are really eager to reach an as wider base of consumers as possible, offering multiple options to choose among. This includes not only variety in themes but difficulty levels and dynamics as well.

Besides the mentioned, what makes their content different from anything that competition can offer is their own game development framework- CTS Arsenal. This unique solution is definitely their ticket to success, as it encompasses the following qualities:

Built from the rich experience, this tool represents the world’s best collaborative-iteration framework which has the capacity to deliver unparalleled speed and continuity from concept sketch to final product. The tool supplies boundless, innovation fueled development in the easiest way possible. As the team points out, this solution is made not simply to produce but to create above all.

Seeing the iteration as key to delivering innovative concepts to final consumers, they unite speed and stability, allowing prototype and product to be made one. Instead of traditional and template-based development framework, this tool has the ability to push the boundaries and implement innovations.

The seamless integration unites art, animation, sound, music, game mechanics and mathematics. This way it creates the most cohesive products, minimizing the time spend and maximizing the efficiency.  In addition to this, the solution is highly flexible and compatible with any game engine, as it encompasses HTML5 and Unity. The entire philosophy is best represented in its content.

This way the potential Crazy Tooth Studio’s partners benefit not only from the opportunity to collaborate with such a dedicated and highly-skilled community but to create a competitive edge by utilizing their powerful solution.

Though the official page has no specific information regarding the license, still the fact that they collaborate with Microgaming can assure players that everything is in order. Microgaming itself is already present in numerous jurisdictions worldwide, still, there are countries where their content is restricted. It can be assumed that the same rules will be applied to Crazy Tooth Studio and their games.

Returning to the very beginning of the review, we mentioned how difficult it is to gain visibility and above all trust in this highly competitive industry. Yes, this is true to the highest extent possible. And the more the industry grows and develops, things become more challenging.

However, when a studio has a unique vision and gathers the team of professionals that share the same business ideals, creating the path to success sounds less demanding if nothing. Good idea and strong determination to develop it is more than an excellent start.

Crazy Tooth Studio seems to have found their own way to show that they deserve the trust of the community. Offering a unique solution that enhances the quality of experience and helps partners increase efficiency is one of the highlights. Partnership with a respectable name who is already a super-star of the industry is another highlight which clearly hints what are their plans.

Provided that they maintain such strong desire to deliver nothing less but top-notch quality and use innovations as another way to conquer not only consumers but potential associates as well, there’s no doubt that they have chances to become a trustworthy and successful supplier with an immense base of consumers. 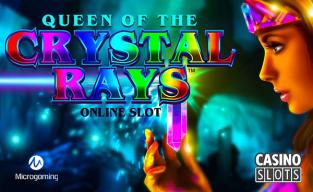 Queens of the Crystal Rays is a new slot from Microgaming that's been developed exclusively by Crazy Tooth Studios. It's a fantasy-themed game where... 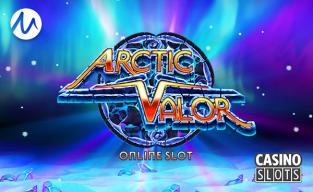 Microgaming, and Crazy Tooth Studio, have joined forces to release the Arctic Valor slot game. Set in a frozen land, players join Valkyries and get...