EveryMatrix is an online gambling company that was started in 2008. They have their headquarters in Malta, and they have several different licenses and several different platforms available for many different types of online gambling. CasinoEngine, their online casino platform, is what we're primarily concerned with here, and it consists of games from several of the top software vendors in the industry to give players one of the largest selections of games that can be found in a single place anywhere in the world.

Sorry, there are no casinos by EveryMatrix available in your country. Try these casinos instead.

One of the things that makes EveryMatrix so critical in the industry is that they're very aggressive about pursuing different licenses. They obviously have a license to operate in Malta since that is where they are located, and that's one of the best licenses to have. However, they are also licensed in Ireland, the United Kingdom, Denmark and Curacao, all of which require extensive vetting before they're allowed to have a license to operate. The number of licenses they have from top jurisdictions really shows the length to which they are looking to go in order to prove themselves in an attempt to become the top overall software platform provider in the industry, a title which many consider them to already hold.

EveryMatrix's CasinoEngine platform is what's used to power online casinos with their software, and this platform is completely web-based. Players can access it with Windows, Linux or Mac computers along with Windows Mobile, iOS, Blackberry or Android smartphones and tablets. It's been designed from the ground up to be extremely flexible and to offer players many different ways to connect and play, which has contributed heavily to its success.

What's also contributed to their success is the simple fact that virtually every single online casino software game developer in the industry is represented on their platform. Net Entertainment and BetSoft are two big names that players will recognize right away. However, they also use the Microgaming Quickfire platform itself, which includes games from Microgaming, Quickspin, Habanero, iSoftBet, Leander, NYX Interactive, OMI Gaming, Pariplay and plenty of others. There are over a dozen different software developers who have games here, and that's on top of the Evolution Gaming lineup of extremely high-quality live dealer casino games, of which they are the industry leader.

EveryMatrix also runs several white label sites where they are operating the casino with their own software, and they have won several EGR awards for being the best at this in the industry. They've won plenty of other awards in the time they have been in business, and their platform definitely shows that they deserve it. The casinos that they operate themselves also get excellent reviews, and they have proven to be trustworthy in terms of payments and having excellent customer service. Overall, it's clear that they are a leader in the online casino software industry, and with over 3,000 games to choose from, it's hard to see who can even begin to try to catch up with them. 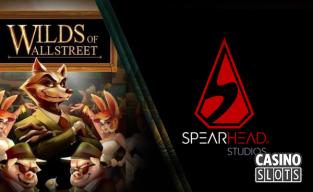 The Wild of Wall Street slot is a new game from Spearhead Studios where a wiley wolf helps players to rake in the cash. It features reel respins with... 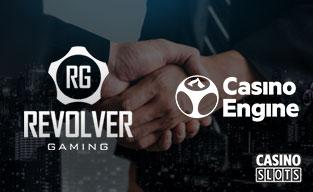 CasinoEngine, from EveryMatrix, has agreed a new content distribution deal with Revolver Gaming to supply their portfolio of games to the many online... 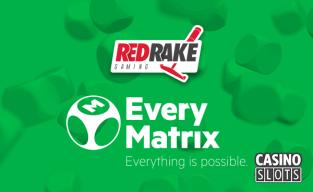 Spanish company Red Rake Gaming has announced that it will be partnering with EveryMatrix to offer its online casino games on their software.