Based in Sydney, Australia, Lightning Box ((previously known as Lightningbox Games) was founded in 2004 with the goal of developing first rate online casino games for punters throughout the world. The group has formed strategic alliances around the world, partnering with land based and online operators to offer its games to, and has seen its titles offered on big name platforms through companies such as Quickfire, IGT, WMS, Amaya, Scientific Games, Endemol, and more. Lightning Box hails its utilization of mathematic algorithms to ensure that player retention is maximized at partner casinos, giving it an edge that few other developers can match.

Sorry, there are no casinos by lightningboxgames available in your country. Try these casinos instead.

With a library of just over 30 games, Lightning Box will not overwhelm you with its sheer variety of experiences, but the firm does provide top-notch slots to both land based and online punters throughout the world.

If the developer has a set style attributed to it, one could say that they have a nice 2D drawn look, complete with bright colors that help draw punters in. Features also play a big role in the style, as slots such as Lost Temple and Dinosaur Up offer Free Spins, Tiered Levels of Play, Scatters, Pick’em Rounds and more.

Mobile is growing to be a larger segment in the online betting industry, and they are setting itself up nicely to take advantage in both land based and online casinos. Mobile slots developed by LBG are specialized for smartphone and tablet play, and offer an experience that is comparable to what you would find on your PC screen. These games have been released to several online casinos, and can be played anywhere in which you have a strong cellular or WiFi connection.

While much is to be made of Lightning Box's slots, the group has not expanded into offering other types of casino games, as it specializes in one sector. This is not to say that the group will not expand to offer more games in the future, but it appears as though nothing is on the horizon in this aspect of LBG’s business.

Because it operates in regulated land and online markets, one can feel safe that Lighting Box Games slots are fair to players and utilize the strictest of security. The developer is cleared for land gaming activities in the United States, United Kingdom, South Africa, Australia, and various Asian markets, meaning that regulators have inspected LBG’s software and find it fit for play within land casinos. Furthermore, the fact that you will see Lightning Box slots on offer at casinos such as BetVictor, Stan James, and Tropezia Palace should also put you at ease, as these casinos are licensed in reputable countries and submit to randomized testing and auditing.

Lightning Box is an Australian gambling software developer that has spread its wings to cover the land based and online casino industry throughout the world. Although there aren’t a ton of games at its disposal, the software company has done a great job of developing top-notch slots that are offered in some of the most populat online casinos. You can feel at ease playing these slots, as the casinos that offer them subject their software to high independent testing standards. 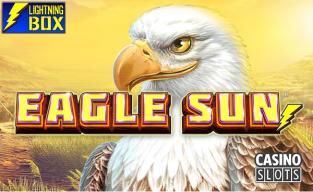 Lightning Box has announced the launch of its Eagle Sun online slot. It's exclusive to William Hill until May 27th, when it gets rolled out to online... 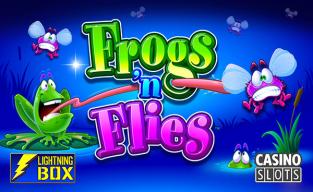 Players can hop over to online and mobile casinos from 19th March to play Temple Cash Frogs 'n Flies. It's a new slot game from Lightning Box that... 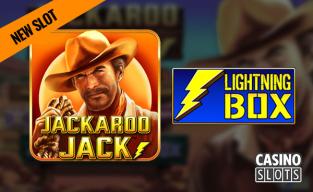 Jackaroo Jack is a new slot machine from Lightning Box that's set in the Australian outback, where players try to lasso big wins with the local...