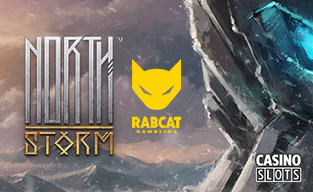 Founded in 2001, Vienna-headquartered is an iGaming studio that specializes in slot creation of slot games and high-end applications, with a focus on 3D interactive content.

Their offerings are available with multiple regulated jurisdictions across the globe…

…and their portfolio contains a range of different products such as slots, table games, poker games, inventive hybrid games and more.

Their games are designed with user experience in mind and are available on multiple devices and are cross-platform in nature. They all come with extensive language support and are available through a network of Rabcat’s B2B partners, such as Yggdrasil, Microgaming, Austrian Lotteries, Rockstar Games, Deep Silver etc.

Rabcat’s software is used by some of the industries’ most esteemed gaming brands such as:

The company is licensed under the United Kingdom Gambling Commission.

The brand is also a registered Xbox content creator.

They have won several awards, most notable of which was 2011’s Best Game of the Year accolade, given to them by Australian Lottery.

The regular part of their games are features such as:

Apart from creating their own games for themselves…

…Rabcat’s client services make them come up with content that is different from their own. 2D and 3D art, animation, cinematics and co-development are just some of the traits of their expansive expertise.

They distribute their games via third-party partners, such as the aforementioned Microgaming, Quickfire and Yggdrasil.

How They Stack Against The Rest?

…the company works on expanding it, with the release of such titles as North Storm, Sherlock of London, Nikola Tesla’s Incredible Machine, Robin of Sherwood, Crystal Rift and more.

Their games have a unique concept and a compelling theme, coupled with smooth gameplay and exciting features. For instance, the hit game Castle Builder (and its sequel) is a multi-faceted title that allows players to steer the direction in which their medieval castle would be built as they progress.

The payout percentages of their games generally oscillate between 95% to 96.5%.

…most of their games are developed in HTML5, while some of the earlier work was created using Flash technology.

What makes their games stand out from the sea of competitors’ in online casino’s gaming lobby is that their games come with a quick flash of info about the game when you hover the mouse over them: game features, number of reels and paylines, multipliers, Wild symbols and Scatters and so on.

Rabcat has answered to the popular demand for mobile-focused games by creating titles that are accessible for users on the go.

Their games seamlessly transition from mobile to desktop and vice versa and can be played on all smartphones of the newer generation, including iOS and Android platforms.

Mobile games can be played through mobile phone’s browser, without needing to download any extra software.

Some of Rabcat’s most successful slot games include:

Despite there not being too many games in their back catalog…

…the platform continues to dish out new titles on a regular basis and increase the production volume, never neglecting the quality of the output. Arty, visually impressive and interesting in terms of gameplay and user experience, their slots provide entertainment value while retaining certain hopes for the win.

With all the safeguards of auditing in place to ensure the fairness of each and every release, the studio will surely diversify in future as they look to expand business.

Having been an integral part of the industry for almost two decades, the Austrian brand possesses the required know-how and a hefty track record to elevate them from the fierce competition.

It remains to be seen if the company will continue pursuing the slot segment or if they will branch out into other notable sectors that are gaining momentum with the international audience, such as live dealer games.

All new games released by Rabcat will now be exclusive to Microgaming's software platform. 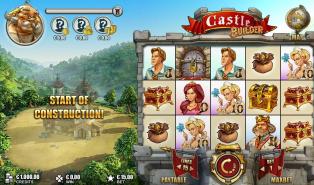