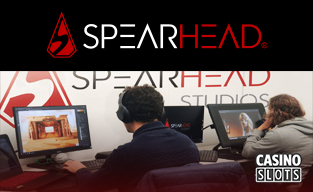 Spearhead Studios was introduced in 2019 by another company called EveryMatrix.

It hails from Spain and is comprised of industry professionals, designers, and developers all devoted to the goal of becoming one of the leaders of the pack.

EveryMatrix can easily be considered as one of the leaders in B2B services for online casinos as they offer various different solutions such as their own casino integration platform, gaming management platform, sports betting solutions, payments, fraud and KYC solutions, and a neat affiliate and agent system.

Only recently they had decided to acquire GiG Games, while they placed Mathias Larsson as the head of the company. He is known for working for XIN Gaming, Ezugi, and HoGaming before.

In his own words: “I’m very excited to play a part in the launch of Spearhead Studios and continue the work we’ve already started. We have a very talented and highly skilled team which will prove successful in the years to come. Being part of such a thriving company as EveryMatrix will strengthen our offering to the market and will help Spearhead reach a bigger audience.”

Sorry, there are no casinos by Spearhead Studios available in your country. Try these casinos instead.

Well, for know these guys want to focus mainly on the games, and that means slots and table games. This is the only logical step forward, as the whole world prefers slots over other types of online gambling games.

They have only released one game so far, but on the other hand, they don’t have to worry about any sort of heritage when their future products are concerned. Starting off with a completely clean slate makes it so much easier for them to create a slew of amazing games…

Their first and only game so far is called Book Of Souls. Perhaps it was inspired by Iron Maiden’s latest album, but it surely drew a lot of inspiration from the Indiana Jones movie franchise, along with a few bits and pieces from the famed Tomb Raider video game.

It comes with 5 reels and 10 paylines, but it’s the design and the graphics that will blow you away. On top of all this, it comes with bonus games, extra spins, and other goodies. What’s not to like?

These guys surely do have a bright future ahead of them. Just consider the fact that they are backed by one of the largest names in the iGaming industry, and it’s clear they won’t have any problems with precious resources, so they will be focused only on delivering top-notch slots and table games.

They only have one game released so far, but it is a neat indication of their future direction. Don’t forget the huge experience the team has. We are really eager to see what will be their next move! 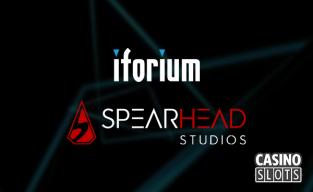 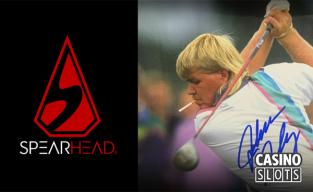 Golf star John Daly and Spearhead Studios are to team up for a range of online casino games. The first slot based on Daly is set for release later in... 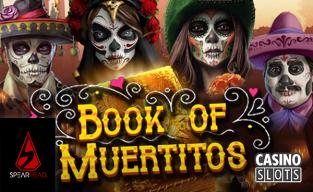 Book of Muertitos is a new slot from Spearhead Studios. It’s the first Mexican-themed game in their range and comes with potential wins of 27,000x.