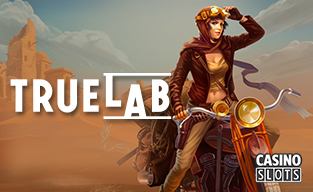 TrueLab Games is part of the larger True Flip group, which is a company concentrated on the new trends and modern tech in online casino gaming. This part of the company started operating in 2019, with a clear aim and set objectives from the start.

The company seems to be able to deliver the kind of quality content they promise, as is evident by the fact that they are already part of the YGS Masters program.

The company is located in Malta, from whence it operates with the security and safety offered by the Maltese Gaming Authority License. The larger corporation is obviously a bit more diverse operation.

Let’s start by taking a look at what sort of games the company offers.

It’s only slots at this point, and the collection is quite limited. It doesn’t take a genius to figure out that the quality of the games plays a role in why they don’t come in vast quantities. And above everything else, this shows up in the way the graphics are done. Pure visual bliss.

It’s not only graphics. As much attention, if not more, has been paid to the mathematics and basic functions of these games. Volatility tends to trend between medium and low, but that doesn’t mean there wouldn’t be some amazing prizes to be had too. Bonus features, sometimes innovative and sometimes familiar, add their own bit to make the spins interesting round after round.

Innovation doesn’t end up with the games and how they are designed. The company, and again the parent company, are heavily invested in blockchain technology. This doesn’t just mean bitcoins, but actually making the cryptocurrency technology that everyone is interested in a valuable part of iGaming solutions.

It’s not only in game themes that this shows up but in the overall technology from payments to the way the games keep track of what happens. Overall, it’s still a developing technology but the direction is right and clear.

Growing Big with the help of Big Names

Success is built on hard work, but also on good connections. Expertise is knowing this and building the sort of games that make the big companies interested in you. We already know the company is part of the Yggdrasil Masters Program, but that is far from their only connection.

Other big names that have taken TrueLab Games into their collection include:

Slotegrator, CoinGaming, 1xBet, Mr Slotty and Softswiss. This is a list that is bound to grow as more and more players fall in love with the style and features of the games, and the company itself.

TrueLab might be an upcoming and small company, but they have all the makings to make it big in the industry. Especially now that hundreds of software producers compete with thousands of slots for the players’ favour. It takes a unique approach and excellent products, and that’s what the company has. 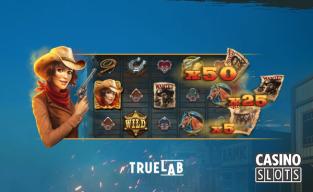 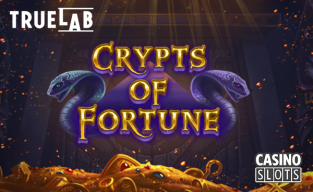 Crypts of Fortune is a new online slot from TureLab Games that takes players to the ruins of Ancient Egypt, where they find free spins with expanding... 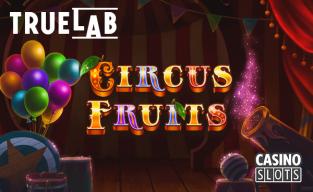