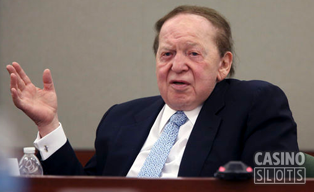 In 2013, republican party political donor and chief executive of the Las Vegas Sands Corporation; Sheldon Adelson warned that he would spend whatever it would take to get online gambling banned in the United States.

I believe the recent $32.5 million settlement by Apple over in-app purchases made by kids on their parents’ iPads/iPhones is just the tip of the iceberg if online gambling continues to grow

He has been good to his word and has released multiple different online advertisements that are thought to have cost six-figures to make.  The advertisements are part of the Coalition to Stop Internet Gambling’s (CSIG) and uses different scare tactics to get their anti online gambling point across.  The latest online ad has been titled; ‘Don’t Bet on It’, and is based around a pre-pubescent teenager, with a smart-phone.  This gadget savvy teen goes on to steals his father’s credit card details, which he then uses to gamble online.

The advert implies that the following popular mobile games; Angry Birds, Candy Crush and Fruit Ninja are all gateway games that could easily lead to online gambling and in time gambling addictions.  The advert has been created to be targeted at opinion leaders in Washington DC.