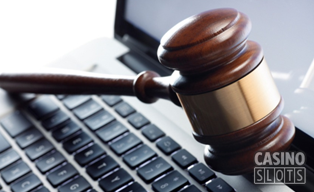 If you are a regular reader of our news articles, then you will know that the Coalition to Stop Internet Gambling’s (CSIG) has been working hard to get Washington to ban online gambling throughout America, even on the states where it has already been legalised.

Instead of a dangerous, overseas black market, consumers in the State of New Jersey have a safe place to go; a program that not only includes essential consumer protections, but also generates thousands of dollars in [tax] revenues

They want the Federal Wire Act of 1961 to be reintroduced to America, as they believe that legislation is a state right.

This hasn’t gone down well with New Jersey Politicians, who after much debate legalised online gambling in New Jersey in November 2013.  They have recently travelled to Washington, where they spoke as part of the Chamber of Commerce.  They argued that the issue should be left to each individual state, as it is the community that knows what is best for their individual towns, rather than congress.

They then warned that a ban would only drive online players to illegally operating sites where they could become a victim of foul play.  They ended their speech by saying that the internet gambling laws in New Jersey were formed over many years and were heavily focused on player’s safety and security.