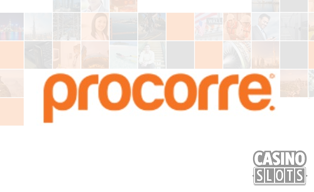 The UK is one of the leading countries when it comes to creating top of the range computer and online games.  There is the Scottish based RockStar North who created the renowned Grand Theft Auto franchise and the London based King Digital who is responsible for the extremely popular Candy Crush, to just name a few successful companies.

The danger for the UK games industry and for the wider UK economy is that many of the best and brightest will be recruited by overseas firms who may have deeper pockets and be prepared to pay more.

The gambling and computer games industry makes a large contribution to the economy in the UK, which has led to the government offering up to a 25% tax break to the UK video games sector, which they have estimated is worth £35 Million per year.  These tax breaks will only be given to the companies that manage to meet a set of strict cultural criteria.

This new tax break got the big wigs at the UK based consultancy firm; Procorre thinking.  They decided to run a report to see what countries were mainly interested in hiring UK based game developers.  The results were surprising, as over 50% of the jobs they advertise to UK based developers were for positions based in either the United States of America or Canada.  In fact only 20% of the jobs they had available through their company were based in the UK.