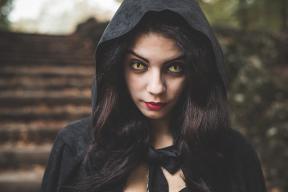 New online slots by certain companies always get a lot of attention, and this is definitely the case for Yggdrasil Gaming. At this point, they have a proven track record of almost always having their new releases be something worth taking a look at, and their new Wicked Circus online slot is no exception. This game is based largely around the idea of a clown-styled joker, but the visuals of the other symbols and the stage on which you play is a bit like an older style of circus as well.

The Fusion of Two Worlds

Something really important about this new release is that it's effectively the joining of two different worlds of online slots. On the one hand, the game definitely has the format of a video slot with five reels and three rows. However, it also includes several features that are known for being prevalent in classic slots like random prizes for joker-based winning combinations and older fruit and bell symbols. This also includes a different game mode where you wager with your winnings instead of coins from your normal account balance.

Whenever players get a win, they have the option to use those coins in the Jokerizer Mode or to collect them and add them to their normal cash balance. It's typically best to stay in the Jokerizer Mode for as long as possible because it gives players a higher RTP than the regular mode of play. It does this by including more options for winning and a special winning combination that only requires two of the joker clown symbol on an activated payline.

This game joins a handful of titles by Yggdrasil that have been released in recent months, and it's clear that they have been building up some momentum with their frequent releases. They've made quite a name for themselves with their high-quality titles, and Wicked Circus is no exception. This game will definitely get a bit of popularity for itself with its extra hold-based game mode, the Jokerizer Mode and the random jackpots via mystery wins worth up to 6,000x. Overall, it's an atypical game that stands out for having solid graphics and a different style of gameplay than players will be used to.