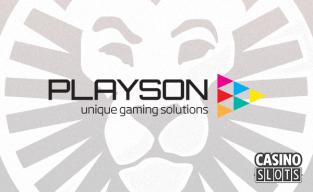 A new partnership agreement between Playson and LeoVegas has been announced. Slots, table and card games from Playson will start to appear at LeoVegas from 25th April in a number of regulated markets.

LeoVegas is one of the leading mobile casino brands in the UK, Spain, Italy, and Malta, and players from these territories will now have access to the award-winning Playson range. Popular slots such as Mighty Africa, Wild Warriors, and Book of Gold will be among the initial titles available. The Timeless Fruit Slots range from Playson will also be found, with games such as 40 Joker Staxx and Super Burning Wins to enjoy.

Each game from Playson comes with exciting features such as jackpots, tournaments, free games, and unique bonus rounds. The games have been designed first and foremost for playing on mobile devices, but work perfectly well on desktop PCs and laptops. Each has been given cutting-edge graphics and gameplay, to deliver a top=qulaity experience for players.

The Relax Gaming platform will undertake the integration of Playson games into LeoVegas. While the first games are already available, more can be expected in the near future.

"Working with LeoVegas is an astounding achievement for Playson team. It is an opportunity to showcase our games across a wide market segment and we are excited to meet the challenge on our best foot.”