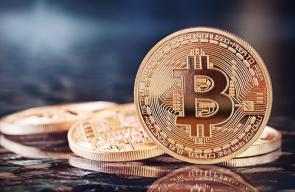 When it was discovered that Mt. Gox was the center of a major scandal involving bitcoin, it sent the market into a virtual crash, and the value of bitcoin was thrown into chaos with more absurd volatility. The leader of Mt. Gox at the time of this scandal was Mark Karpeles, and he was recently arrested in Japan on fraud allegations due to what happened with the bitcoin exchange. The exchange itself basically collapsed at that point, even though it was widely considered to be the most trustworthy exchange going at the time.

Effects on the Industry

This really affected the online gambling industry in a major way. The reason for the connection is that more sites than ever have been accepting bitcoin as a deposit and withdrawal method, so when the market collapsed and bitcoin became much less valuable overnight, people started being concerned about holding an account balance in the virtual currency. The idea is that they would be gambling bigger with their account balance than with actually playing the games at the casino, and that really defeats the purpose. Overall, it was the confidence in bitcoin that gave it strength, and the Mt. Gox scandal really cut that confidence off at the knees.

There are two specific things that Karpeles is being accused of. First, he's being accused of manipulating certain types of exchange data to basically "create" about $1 million worth of value through exchange delays and other tactics. This happened in 2013. He's also accused of stealing about $390 worth of bitcoin in 2014, based on the current exchange rates for the virtual currency. More charges could be coming against Karpeles in the upcoming weeks as well. This is a huge fall from grace for the exchange that was once thought to handle about eight out of ten transactions for bitcoin worldwide.

Online casinos and other gambling sites that accept bitcoin have started gaining more momentum in spite of the Mt. Gox scandal. Many of them avoid the volatility of bitcoin by holding the account balance of their players in US dollars or another fiat currency. When players cash out, their money is converted straight into bitcoin at their request, and this protects players against wide fluctuation in value.