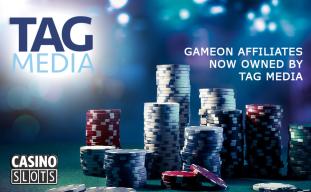 As we have seen more in the past 18 months than we've probably ever seen before in this industry, there are constantly new business deals happening in the online gambling industry. Most recently, we've seen GameOn Affiliates purchased by TAG Media, and this includes all of their accounts, assets, staff and everything else. This is likely to be a decent deal for existing affiliates because of TAG Media's reputation for solid industry analysis and fairness.

What Does This Mean?

The bottom line is that TAG Media actually purchased GameOn around the end of 2015, and things are just now starting to really matter since TAG is pairing up with SMP Partners, a company out of Isle of Man that's known for their own consulting and overall services for the corporate side of the online gambling world. In short, everything is coming to a head, and there really isn't much for affiliates to be worried about because all of the companies involved have reputations for fairness on the B2B side of the industry.

Does This Affect Players?

Chances are that this will not affect players in any way that will really make a difference in the long run. Of course, there could be different decisions made about how to reward players with bonuses or promotions for tracking purposes or something along those lines, but it's not something that would even really register to players as being caused by this set of business deals. So in short, no, this will not be affecting the players in any meaningful way.

TAG Media Limited is an online gambling consultant company that focuses primarily on marketing and developing businesses. Their pairing with SMP Partners, which focuses more on the corporate services side of things, puts them in a position where they complement their new partners extremely well. Going forward, this means that they'll be collectively much more effective than the sum of their parts, and this is largely because of the relative lack of redundancy between the two companies. Overall, this is an interesting deal that could see them grow more than people were expecting, especially in 2016 and 2017, but we'll have to wait to see what happens with it.