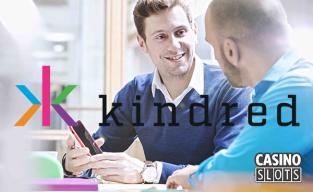 The Kindred Group has formally applied for a Swedish gambling license, following changes in local laws that were passed in June. Kindred Group, which was previously known as Unibet, has spent 20 years trying to get greater regulation in the Swedish market and if the application is successful, they will achieve their aim of being able to compete on equal terms in the country.

On June 8th, 2018, the Swedish parliament overwhelmingly approved new gambling regulations. Previously, gambling in the country was dominated by state-owned operators, but the changes will see the market opened up to competition and Kindred Group is among the first companies to apply for a license. It will give them a chance to provide betting and online gambling services on fair and equal terms within Sweden.

It will become Kindred Groups' thirteenth licensed market, which is in line with their ambitions to operate under local laws in each territory. It will also allow them to contribute to Swedish society by sponsoring local sports teams.

Already in the days following the Parliament’s ruling in June, we have demonstrated our ambition by signing a twelve-year sponsorship deal with the Swedish Elite Football Association