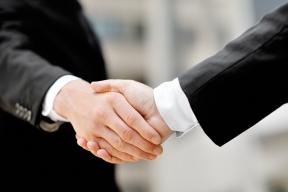 1x2 Gaming has made a lot of innovative decisions in the past that have built them up as a bit of a dark horse in the online casino software company arms race. Their product advancement has created a situation where they're definitely sought-after at this point, and TAIN has proven that once again. A new deal has been announced that will see 1x2 Gaming's titles offered on TAIN's platform.

1x2 Gaming has a very extensive selection of different types of titles that will be included in this deal. Their casino and online slots offerings are both included in that, but so are their virtual sports platforms and other content from third-party providers. These third-party providers have deals with 1x2 Gaming for inclusion on their Panorama platform, and those titles are apparently included in this deal with TAIN. This means that the companies that signed up to work with 1x2 Gaming are getting a bigger boost than maybe they anticipated, so it's clearly a win-win situation all around.

The Expansion of 1x2 Gaming

It's really important to understand the position that 1x2 Gaming is in. They aren't exactly unknown in the online gambling world, but they aren't one of the top companies that anyone thinks of either. In 2015, they have been working hard towards changing this, and they've made a number of big deals like this one with TAIN. Ending 2015 on this note shows that they aren't slowing down their momentum, and it shows that 2016 is going to look particularly promising.

TAIN is a company that's really been taking advantage of a slow paradigm shift that's been happening in the online casino world. All of the different software companies used to have separation between them years ago, and they achieved this with exclusive contracts with online casinos where other software companies weren't to be used while the contracts were active. With more and more companies getting into the action, and due to the fact that times are changing, many operators have started to fill a demand for players where they offer titles from a variety of different developers. TAIN has pulled many of those developers together under one product to offer everything in a packaged deal for operators, and that's a business model that's working in today's market.