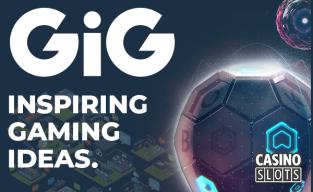 The Gaming Innovation Group has announced the launch of a new arm of their operations for the development of online casino games. This comes in the form of GIG Games, and their main goal is to develop titles that will be used with various platforms with a revenue-sharing model. This is the standard model for many online casino game developers, so they already have a pretty standardized part of the industry to draw from to begin with.

State of the Industry and GIG Games' Place in It

The way the online casino software industry works right now is that you basically have two types of companies (with some overlap). You have companies that develop games, and you have companies that operate platforms. Those that operate platforms often have some of their own games on those platforms, but they bring in titles from other developers for distribution. As a part of this deal, revenues from those games are split up so that both sides benefit, and it's a model that focuses largely around the online slot side of the industry.

When a new software developer lands on the scene, the first thing that players want to know about is new game releases. There are no releases planned for the immediate future from this company. However, they do have three titles in development that they expect to release in the third quarter of next year. On top of that, they're looking at having between six and eight total games available by the end of 2018. That will be a pretty decent release rate for a new company, so if they are able to make these releases at the pace they're expecting, they'll be in great shape heading into 2019.

About the Gaming Innovation Group

The Gaming Innovation Group, known as GIG for short, is based in Malta. They are listed on the Oslo Stock Exchange, and they are known for their services in the online gambling industry. They have a number of different areas of the business that they focus on, and that includes their upcoming aggregation platform that they hope to use to use to pull together games from several providers to offer their own online casino software product. It's likely that their own offering through GIG Games will be added as a part of that to extend their distribution even further.