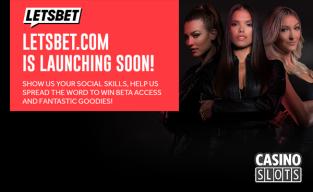 In an interview with CalvinAyre.com, Michael Pederson from gaming company LetsBet.com revealed that he belEives live streaming is a trend that will INCREASINGLY bring the social side of bricks and mortar casinos into the online world.

AN INSIGHT INTO LETSBET.COM CASINO

Speaking to Becky Liggaro, he explained how the new LetsBet.com casino, due for launch in 2018, will combine the best aspects of live streaming with greater social engagement betwen the players. He pointed out that almost everyone likes to have some sort of social interaction with others and that live streaming of casino games, where players can engage with each other, as well as the dealer, is likely to become increasingly popular.

While many online casinos are already trying to recreate the social side of gambling, with the launch of LetsBet.com, he beleives that they will be ahead of the game. Comparing what is going on with site such as Twitch, he points out that people want to socialise online and that casino gaming is a way to do it.

THE EXPERIENCED TEAM BEHIND LETSBET.COM

Perdeson was previously the Scandinavian Commercial Lead at NetEnt, while his business partner, Stefan Lind was Operations Lead at the famous LeoVegas AB casino. They aim to bring the experience from both supplier and operator sides of the business to LetsBet.com and create a new online gaming experience for their players.

I think that’s exactly the power that we have. We have seen the last four years with NetEnt in the supplier side and with Leo Vegas, We have seen both sides of the coin and we know what works and what doesn’t. We have seen successes and things not working

While the site is currently just a holding page, it's clear that beta testing has already been going on in the background, and comments from the focus group point to an exciting new site. People are invited to join in the testing phase, and are being asked to spread the word to recieve some fantistic freebies. along With early access to LetBet.com.