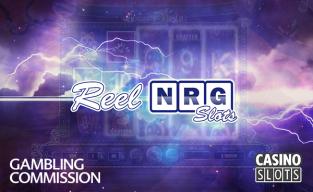 When an online casino game developer gets a license from the United Kingdom Gambling Commission, it's one of the most important accolades and symbols of legitimacy and trust that they can receive. The UK is widely considered to be the most stringent gambling regulatory jurisdiction in the world, and they're very serious about holding their licensees to strict guidelines and rules. ReelNRG recently joined an elite group by getting their own UK license.

The Importance of This License

When players choose games to play, there are several factors that go into that decision. One of those factors is the company that develops the games in the first place, and the licenses (or lack thereof) that a developer has is one of the key concerns. Now that ReelNRG has this license, they have another reason to inspire a high degree of faith from players that their games are fair and that they will receive the odds that are advertised instead of being lied to or tricked in some way.

One thing that his new license allows for is for this company's games to be provided to players in the United Kingdom. This goes hand-in-hand with an agreement they recently signed back in October with BetVictor, a popular site that caters to British players and people from several other countries as well. Having open access to this market is a big deal because it's one of the more serious areas for online gambling in the world, so if they can gain a level of popularity there, they'll be able to do it almost anywhere.

This company has a lot to get excited over if you're a fan of online slots in particular. They have great games like Shanhai Respin, Goddess of Asia, Dragon's Castle, Snow Wild and more that have gotten a ton of attention since they were released, and like a lot of companies in the game development sector of the industry, they focus on video slots. This company is based in London, England, so it makes sense for them to go after the UK license, but they have fans from all over the world because their games are available in so many different online casinos.