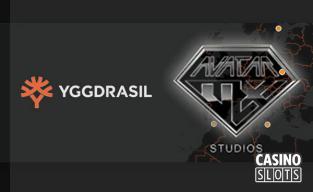 AvatarUX is one of the original partners in Yggdrasil's YGS Partners programme. The company has now launched as a supplier to the industry, with a successful introduction at the Sigma 2019 event. They have ambitions to expand their portfolio of Asian-influenced games, and have already launched their first game, Lilith's Inferno.

Based in Hong Kong, AvatarUX uses innovative game mechanics and artwork themed around regional aesthetics. They aim to provide fast-paced, engaging gameplay, and plans to launch 4 games in their first year, all through the YGS Partners programme.

Lilith's Inferno is a sign of things to come. It's set in an underworld, where denizens of the deep battle with Lilith for mythical artifacts. During the Hero Bonus round, Lilith can use her crystal sword to defeat her adversaries and reward players with prizes of up to 3968x their total stakes.

We are delighted to be officially announcing AvatarUX to the wider iGaming industry after a great launch event during SiGMA week. We have already released our first title, Lilith’s Inferno, through Yggdrasil’s YGS Masters programme.''