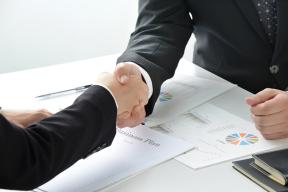 In today's online casino environment, software providers tend to make deals with each other so that their best games can be included in a wider variety of platforms. This is the type of deal that has been made recently with Habanero and Mediatech. A ton of titles by Habanero will be hosted on the Mediatech IRIS platform as a result of this deal. This is a pretty important partnership for Habanero as it extends their reach quite a bit.

The Games Being Hosted

Over 60 different titles are going to be offered up through this deal on the IRIS platform. This selection includes more than 50 online slots, 10 different types of video poker and six table games. This fits in perfectly with the modern approach to online casino game distribution. This approach has to do with individual platforms pulling games from several different providers to offer an attractive games solution for operators. This allows companies like Habanero, who might not have as many games as some of the competition, to get more deals where their games are given a chance to shine.

The games that Habanero offers are generally seen as putting a focus on quality over quantity. They have recently signed a deal with EveryMatrix, another company that offers a platform much like the IRIS platform from Mediatech, and this shows that their content distribution strategy is really working and building momentum. Because they have high-quality games to offer, they're able to keep getting attention like this and moving along at a faster and faster pace. It looks like 2016 could be their break-out year, but we'll have to wait and see how it goes.

The IRIS platform centers primarily around the HTML5 format. This is a bit different than Adobe Flash as a software platform because it allows developers to form a single version of a game that can be used on all channels instead of requiring that different forms for downloadable, web-based and mobile options are created. This saves developers a lot of time, but it also offers players a better deal because they can get better games using the same hardware compared to what they can get from the inherent limitations in Adobe Flash.