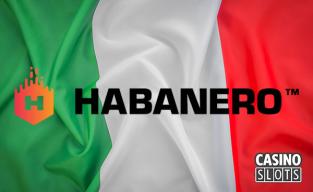 The current system for online gambling regulation in Europe and many other parts of the world requires a certain way of looking at things. Different countries have their own regulatory bodies that game providers and online casinos have to mind, and this is the case in Italy as well. That's why it's big news for Habanero Systems that they will be entering the Italian regulated market very soon.

Which Games Are Included?

With the way that the regulations work in Italy, each individual game has to pass certain certification requirements to be offered to players through licensed operators. Habanero's 33 games that were developed in the past two calendar years (2016-2017) have been certified in this way for entry into Italy, and they have queued up all of their other titles and any future titles to come along in the future. This is an important point because not all of their games will be available immediately, but a few dozen of their most recent releases from the past two years will be a part of the initial launch into the country's market.

The various regulated markets in Western Europe in particular are very important for any software company in today's online gambling industry. This is because, as a cluster, they represent a huge portion of the overall regulated online industry on a global level. Habanero Systems has been working to see quite a bit of expansion over this part of the world in 2018, and as we can see from their push into Italy with this new deal and certifications, it's clear that they're starting early in just the first few weeks of the year.

While only 33 total games are going to be a part of the initial Italian launch, they actually have more than 100 titles total. This includes table games and video poker in addition to more than 80 video slots, which tend to be the titles they get the most attention for. They're looking to incorporate more games as time goes on to fill out their overall selection of titles, but they will all have to be certified by the regulatory body in Italy first.