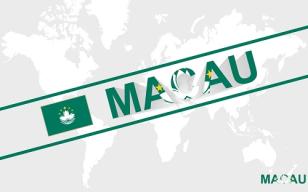 Macau has seen an enormous explosion in the popularity of gambling over the past several years, and it's become a major hot spot for high-stakes Chinese gamblers. The casino is owned by Sheldon Adelson, and reports by a private investigation company are showing that a lot of Chinese higher-ups think that the Las Vegas Sands is an example of FBI and CIA agents coming together to try to get dirt on Chinese officials who come to gamble.

Are the Allegations True?

It's hard to say if these allegations are true. The report was originally commissioned by the Las Vegas Sands back in 2010. The point of the report was to figure out why government officials in China were acting hostile over how they dealt with the Las Vegas Sands. These types of investigations are common in business when one side can't figure out why the other side is acting a certain way, and it all comes down to a firm believe by the Chinese that the FBI and CIA operate, or have operated, out of the Sands.

Are the Allegations Plausible?

It's probably not a reach to say that the allegations are plausible. All kinds of government programs work with big businesses to try to spy on people, and this isn't really news to anyone at this point. With that having been said, one of the more interesting aspects of the allegations, if it's true that the FBI and CIA operated out of the casino, is if anyone at the Las Vegas Sands actually knew about it. It's not immediately clear if this will be able to be proven at any point, and we'll have to wait to see what happens.

How the Allegations Were Uncovered

This 2010 report came out thanks to work from the University of California at Berkeley. Their Investigative Reporting Program uncovered the report as it was a part of a larger group of documents that the Sands filed with a court in Las Vegas. The court case involved has to do with Steven Jacobs bringing civil action against the Sands for wrongful dismissal, and even though the documents were supposed to be sealed, we're not completely sure how Berkeley's Investigative Reporting Program came to have them.