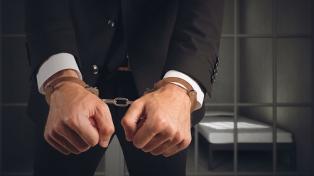 In the online casino world, reputation means everything. If a casino or a group that manages casinos becomes known for not paying out when they are supposed to, then that can really hurt their credibility in the long run and have them labeled as scammers by industry experts. This is exactly what happened with a number of brands operated by Netad Management, RevenueJet and Affactive over the past several years, and this reputation is why people involved in the industry weren't very surprised at charges laid against their owners recently.

The US Securities and Exchange Commission (SEC) is charging Gery Shalon and Ziv Orenstein with a handful of different crimes stemming from stock scams. These mostly center around "pump and dump" style schemes with penny stocks that have become well-known over the past decade. They've also been connected to JPMorgan Chase & Co. being hacked a couple of years ago in 2013, and although there haven't been any charges against them in that particular case, anything could happen since they're being taken to the United States to stand trial.

Both Shalon and Orenstein were arrested in Israel. An Amerian accomplice, Joshua Samuel Aaron, has yet to be retrieved, though there are reports that he could be hiding out in Russia from the authorities.

The casino sites that these men operated included a number of examples of outright theft among other activities that are likely criminal in nature. They've been alleged to take part in DDoS attacks, and they were well-known to simply refuse cash outs to winning players. This is the type of thing that really hurts the legitimacy of the online gambling industry as a whole when you have sites like these that developed reputations like what they had.

Another interesting angle for this is that they could both face UIGEA violations. The 2006 law made it illegal for foreign operators to offer games inside of the United States without being licensed to do so, and because their sites were widely known for accepting US players, that could become a problem for them. When you add it on top of all of the other super serious charges that they are facing, it's hard to see a good way out for either of them.