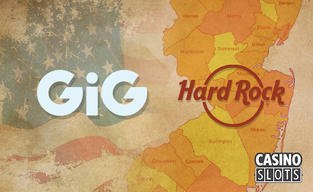 Gaming Innovation Group (GiG) has announced that they have been granted permission to operate a real money online casino platform in the US state of New Jersey. It follows on from the agreed partnership between GiG and Hard Rock International to supply their full range of services, games and gaming platform to the Hard Rock Casino, which is now due to open this month.

The State of New Jersey Division of Gaming Enforcement (DGE) has issued a transactional waiver to GiG, which certifies that their gaming platform complies with the DGE requirements for fair and reliable casinos. It's a major milestone on the way for GiG to receiving a full Casino Service Industry Enterprise License (CSIE), which will be issued once the comprehensive approval process is completed.

Hard Rock Casino will be the first US-facing site powered by GiG. The tie-up was announced in February 2018, and the licensing process has been ongoing since then. Now that this major step towards full approval has been achieved, Hard Rock International and GiG can move closer towards opening this new casino for New Jersey residents.

We are delighted to now be going live with Hard Rock in New Jersey, a first step in our mutually ambitious plans to take market share in the regulated online gambling market in the US.