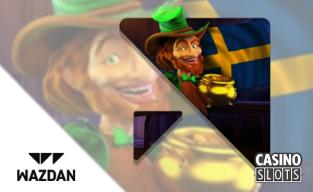 At the beginning of 2019, the Swedish Gambling Authority began accepting license applications to open up the local market to more competition. It's been announced that Wazdan has now been granted a license and can now supply their innovative range to Swedish players.

Wazdan games are now available at Swedish operators such as Kindred Group, Hero Gaming, and Mr. Green. The new agreement comes at a time of rapid growth for Wazdan.

The company has already been granted licenses to operate by the UKGC, MGA, Romanian and Curacao authorities. Wazdan games are also provided to other Nordic states such as Estonia, Latvia, and Lithuania.

A Range Of Popular Slots

In recent months, players have welcomed a number of new Wazdan slots. These include hits such as Relic Hunters, Lucky Fish, Magic Stars 6, and Space Spins. The range continues to grow and with the new markets now open to Wazdan, the company is going through exciting times.

A Change To Swedish Regulations

Before 2019, the Swedish market was operated as a monopoly, without any outside casinos allowed. Under pressure from the EU, Swedish authorities decided to follow the example of Denmark and open the country up to the competition.

This gives local players more choice and by regulating the market, the gambling authority can ensure that only safe, reliable developers, such as Wazdan can operate there.

"We are excited to announce our Swedish certification, which allows us to strengthen our position in the Swedish market and expand the reach of our games through our existing operators.''