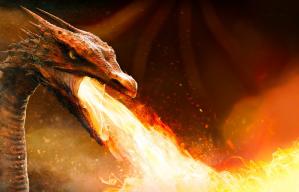 Progressive jackpots are one of the biggest draws in the online casino industry because they offer the chance to win a life-changing sum of money for pressing a button on a single wager. While the chances of winning are usually pretty long, putting in enough bets will give you better overall odds to win in many cases, and that seems to have been what happened for a player named Hali S. from Quebec, Canada.

Details on the Win

This player was able to take down a total winning streak of $63,127. A total of $47,950 was won in a single spin, but it's unclear if this was on the progressive jackpot or through regular wins. We would guess it was through the progressive and that the rest of the over $15,000 in winnings came from regular play, but we could be wrong. The point is that Hali was able to take down some pretty significant winnings on a slot that has gotten a lot of attention since it was released: Dragons.

The Dragons online slot is a game that has a lot of special effects that really draw in the player. It's one of the more visually appealing games we've seen in a while as far as games go that have a lot of action. Action is definitely the name of the game with Dragons between its progressive jackpot and the ability to win some pretty significant payouts outside of that. It has strong gameplay otherwise as well, though its high volatility might be a little off-putting for certain types of slots fans. However, if you prefer to go big or go home, this is a game you'll really enjoy.

Bodog Casino seems to have a new big winner in the news every week or so, and that's not surprising considering the huge following they have and the wide range of games that they offer from multiple software providers. This is a site that prides itself on giving players a high-quality experience, and that's why everything from their promotions to their game selection is up there with some of the best in the industry. Come try the Dragons slot and the rest of their games, and you could be the next big winner on the news wire.