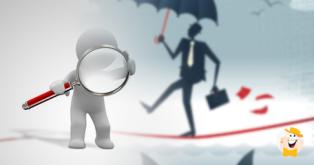 What we say and what we do are two entirely different things and can apply to almost any situation in our lives. It is particularly true when it means putting yourself in jeopardy to save another. Oh, sure we all rush to answer that we would without a shadow of a doubt save another human being in harm’s way but when it comes to putting your money where your mouth is would you?The Results May or May Not Surprise You.

LCB conducted an in-depth survey “Would You Risk It” on 2,000 Americans and asked them for honest answers regarding how willing they would be to save a life in a variety of different scenarios. The circumstances they were placed in were fascinating the results, astounding.

To start with there were four examples of risk asked to save someone including:

Women were a tad more likely to have their lives spared than men however there were those who would only intervene if a cash reward was involved. There is no other word for that than just plain sad! In other words, they have the guts to save someone but only for a price, karma I say can be a real bitch!

Saving the Spouse and Children

The survey concluded 96% would save their own child, 78% someone else’s child and 95% their spouse from a dog attack.The results were pretty much the same if a drowning occurred or from oncoming traffic. But, this is where the hair on the back of my neck rose with some although a small percentage rate of 4% said they would need a cash reward. For which the LCB walls resonate with my reaction of WHAAAAAT???

The Losers by Gender

Politics getting in the way

So, when it comes down to brass tacks, lives are determined by political viewpoint because it matters if you are a Democrat, Libertarian, Republican or “Other”. If you are a man or woman and a democrat you are least likely to be saved and Republicans have an edge to survive at the hands of another person. Really?

What Category Do You Fall In?

Are you a hero or coward? Do you fall in the minority that you would only risk your life to save your son, daughter or partner? I would take a bullet for those I loved.

As gamblers, we are no stranger to risk. We win some and we lose some without any rewards whatsoever. I think we would fair pretty well if a survey was conducted on members, don’t you?

For more scenarios and results read the complete article and let us know what you think.