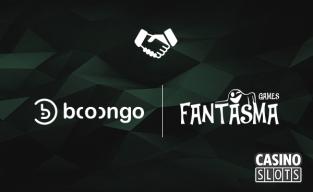 QTech Games is a very interesting company in that they are a games aggregator and software platform that focuses on bringing games from all over the world to Asian markets. As such, it's very important for them to be able to make content distribution deals with some of the biggest names and best up-and-coming game developers in the industry. This is why news of their partnerships with Fantasma Games and Booongo are both such big deals.

Details on These Deals

The details on these two deals are pretty similar. They will both have their content integrated into the QTech platform, which include virtually all of the online slots that each company has available. What this does for QTech is that it puts them in a position to provide even better games for players, which in turn makes them more attractive for deals with operators. For Booongo and Fantasma Games, it gives them exposure and an increased level of popularity, which is really important for this deal in particular because it will be the first time a lot of players have had access to their titles.

A Focus on Mobile

Something else that's pretty important about this deal is that it helps to facilitate QTech's focus on mobile. Both Fantasma Games and Booongo have their games available on a wide range of mobile devices thanks to developing their titles in such flexible ways, and that will allow players from the Asian countries where QTech offers their platform to get in on the action from anywhere they want. Mobile is really taking over the industry as a whole, and it's critical for them to get ahead of the curve on this particular sector.

The distribution of games through third-party platforms in this manner is a key part of the way the software side of the business is handled these days. It's a perfect partnership because it allows the aggregators to worry about deals with operators and getting into regulated markets, and it allows the developers to focus on making high-quality content. This creates a level of synergy that allows both groups of companies to combine to be greater than the sum of their parts in terms of what they can offer the industry and players as a whole.