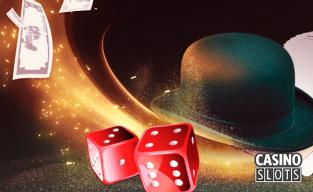 A press release from the UK Gambling Commission reveals that the operators of Mr. Green Casino have been fined £3 million.  The action results from a targeted investigation by the UKGC into online gambling sites and their procedures.

The fine will be paid into the National Strategy to Reduce Gambling Harm fund. Mr. Green has been fined for failing to operate rigorous enough anti-money laundering procedures and for examples where it failed to protect customers adequately. The UKGC revealed three specific examples -

- Mr. Green allowed a customer who won £50,000 to gamble it away and deposit thousands more.

- Took a £176,000 claims payout from a decade ago as evidence of source of funds for a player depositing over £1 million into their account.

- Accepted a screenshot of a cryptocurrency trading account showing currency in Dollars as a source of funds.

Mr. Green is not the only operator to be fined for similar reasons. A total of nine businesses have paid £20 million in fines since 2018, with six giving up their operating licenses in the UK. 22 companies have been investigated by the UKGC.

Apart from the six losing their UK licenses, six more received warnings, seven investigations continue and no action was taken against two others.

“Consumers in Britain have the right to know that there are checks and balances in place which will help keep them safe and ensure gambling is crime-free – and we will continue to crack down on operators who fail in this area.”