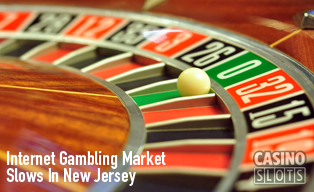 Just five months ago, online gambling was made legal in New Jersey.  This led to a range of different online casino sites launching onto the market.

It has been widely reported that this fledgling industry was not growing as quickly as industry professional expected; however, they believed this was because word had not yet spread about the change of law.  They; therefore, decided to increase their marketing efforts to get the word out throughout April 2014.

The New Jersey Division of Gaming Enforcement has recently released some performance statistics about different New Jersey based online casino sites and it shows that overall their performances have decreased since last month.  Throughout April, $11.4 million was taken from their sites, which is a $500,000 decrease from last month.  They also noted that player registrations were down by 7%.