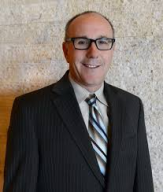 Last week, Sheldon Adelson took part in a television interview that allowed him to express his concerns about the internet gambling industry in America.

Since then, Tom Ballance who is the CEO of the Borgata Casino and Spa in Atlantic City has also given a television interview, which has seen him debunk some of Sheldon Adelson's concerns.

Mr. Ballance sat down to talk to Betty Liu from In the Loop, which is a business program that is part of Bloomberg news.  Mr. Ballance not only has over 26 years experience in the land based casino industry, but he also operates an online casino site in New Jersey.

He went on to disagree with Adelson on a number of different factors including the fact that wealthier players visited land based casino sites, whereas online casinos exploited the poor.

You can see the full interview for yourself below.