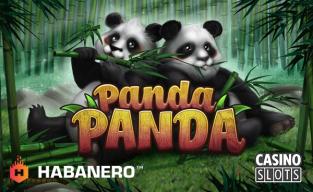 The new Panda Panda slot by Habanero provides a significant twist on a common format for these games. While most games use individual paylines, there is a such thing as an "all ways" approach that turns each symbol into a left-to-right scatter. However, in this new title, each of the 243 potential ways to win with this setup pay both left-to-right and right-to-left. On each of those ways to win, you will be paid for the option that gives you the highest payout.

The Panda Panda video slot uses a few important features. First off, the theme significant Asian-influenced, but you'll also see beautiful waterfalls and cherry blossoms in the background as well. There's a large progressive jackpot that pays out five figures, and all of the symbols have been crafted in a way that really fits in with the overall theme. The graphics are solid, and you can see that this is a solid part of the reported 10 new slots that Habanero is set to release this year.

The most significant thing about this game is the type of gameplay it offers. Having a high hit-rate is an important part of creating a relaxing experience for players, and this generally involves a low volatility as well. By giving players chances to win in both directions with the 243-ways format, they're essentially putting players in the driver's seat to pick up even more payouts than they normally would. This obviously influences things in a major way on the gameplay front, and it's clear that was their focus from the beginning with this particular slot.

This release by Habanero does a great job in showing that they are into building up a portfolio that is the total package for players. They have a lot of different games that cover a variety of play styles and formats, but they also create all of their games in HTML5, which enables players to enjoy them across different platforms however they want. It's a critical part of their overall strategy, and it has helped them to get their games in front of a ton of players.