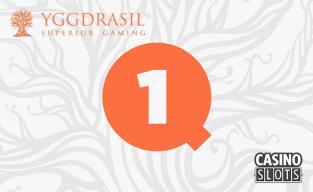 Yggdrasil Gaming had a particularly strong 2016 as a whole, and now they have announced their financials for the first quarter of 2017. The numbers from this quarter are really interesting, especially compared to the same metrics from last year, because they show a whole lot of growth in a relatively short amount of time.

There are a few key numbers that are important to know. First off, their total revenues increased by 134 percent compared to the first quarter of 2016. That's more than double, and that's extremely impressive. It's also a direct result of their strategic expansion and release of high-quality titles. Likewise, they increased the number of rounds played on their games by 121 percent to a total of a little over 700 million, which is pretty substantial as well. These numbers are pretty impressive, but there are two other things that come out of this financial statement that are catching the eyes of industry experts.

The Importance of Mobile

The importance of mobile for this company was made explicitly clear in this financial statement. For the first quarter of this year, a total of 52.3 percent of their total win from play on their games came from mobile. They're officially past the one-half mark, and that goes to show what a huge focus on mobile technologies and platforms will do in today's industry.

A new program was also announced called Yggdrasil Dragons. What this does is allow other companies and entrepreneurs a platform for offering strategic partnerships, which would presumably allow other people to create content that would be featured through their portfolio. They have had dozens of applications for this program so far, and though no one has made the cut just yet, this is a very promising program that could help to propel them even further ahead of the competition.

In fact, this program has the potential to kick Yggdrasil Gaming up to the same level as the major players in the online casino software game if it goes well and is handled in a strategic way. We'll have to wait to see what happens, but this program is a particularly interesting part of the financial statement and plans for the future that could have the ability to change how the industry works on a fundamental level.