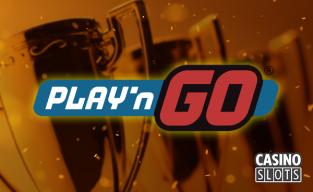 The GR B2B Awards are seen as the most important awards event in the casino games business and Swedich developer Play'n GO are nominated for a prize in 7 different categories. It's a record number of nominations for a single company at this event, which this year will be held at the Hurlingham Club in London on June 20th.

With the results due to be announced next month, it's an exciting time for Play'n GO, who have already won a number of prestigious awards, such as IGA Slot Provider Of The Year 2017 and the 2018 Gambling Compliance Global Regulatory Awards Data Protection Officer Of The Year for the company's Deion Williams.

It is a great honour that Play’n GO has been nominated in so many categories this year and we are delighted to be so well-represented.