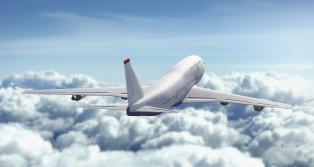 It can seem like certain themes have been done too many times in the online slot world, but Endorphina believes that any theme, when used properly, can result in a great experience. This is definitely the case with their new Jetsetter online slot. This game has a lot to offer players in spite of using a wealth theme, a concept that's been used several times before for different online slots. They've put their own unique twist on this game with some atypical features to give it a different feel than anything players have experienced before.

The Basic Facts About Jetsetter

Jetsetter uses five reels, three rows and 20 paylines. It has a wealth-based theme, but it's created with a 1980s slant to it. This leads to big neon signs and other fun stuff that looks like it would be out of some of the scenes of Miami Vice or Scarface. What you'll notice with the symbol set is that they're all stylized to fit this atypical approach to the wealth theme, and even the A/K/Q/etc symbols have this effect.

Jetsetter has a cool free spins bonus feature. Picking up at least three of the scatters awards you a set of 20 free spins. These free spins give you an opportunity to experience a feature that we've never seen before. Bank notes of various amounts appear on the reels in two parts. If you get two parts that line up side-by-side, then you are awarded the number of coins listed on the note. For example, if you get a 100-currency note, then you'll pick up an extra 100-coin instant win in addition to whatever else you win with normal play on the reels.

Endorphina has started to become well-known for its own unique style that their games tend to have. The gameplay and features reflect this style, but so do the themes of the games themselves, and that creates a very interesting situation for players. For now, Endorphina is continuing to push forward and offer players a lot of cool new titles, and 2015 has definitely been a year where they've cemented that style and had it become something they're known for. We'll see how they handle this going forward with more new releases and how this style naturally manifests itself in upcoming games.