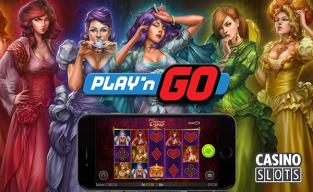 The seven deadly sins are a set of actions that are considered to be of the worst degree by certain Western religions, and they are the theme of a new game by Play'N Go. This title gives players a chance to run up some serious wins on a fun format with a fun theme, an it's a lot lighter of a treatment of these seven sins than you might expect. The name of the game is 7 Sins, and it's got great graphics and sound, just like virtually all of Play'N Go's releases.

7 Sins uses a format that's been popular for a while with five reels, three rows and 243 ways to win. This all-ways approach creates a very significant hit-rate, which is important when dealing with keeping volatility down. There are two different wild symbols, and you can use the Double Lucky 7 symbol to hit what amounts to seven of a kind in a cool new twist on the traditional payout structures.

Three of the Pandora's box symbol will give you a set of seven free spins with expanding sticky wilds on the middle reel to give you multipliers as high as 7x. This is a pretty significant amount of value, but we find it somewhat funny that the symbol that triggers the feature is based on a key symbol of Greek mythology, which doesn't exactly match up with the source of the seven deadly sins material.

Play'N Go is doing a great job of finishing out 2016 with some pretty strong titles. We've seen a lot of big releases from them this year, and we're glad that they didn't decide to just rest on their laurels and coast to the beginning of 2016. We're also pretty glad not to see yet another holiday-themed slot, since there seems to be dozens of them released around this time of year. While we like the themes and gameplay of these holiday-based titles, we like to see more variety with games like 7 Sins as well.